You are here: Home / Local Heroes / Serving the Community

Chef John Park pays it forward with donations to charities and jobs to veterans, addicts and the homeless.

Toast Kitchen + Bakery is a new-age diner known for culinary creations like Orange Fried Chicken with Black Sesame Waffle and Taro Blueberry Pie. The Costa Mesa eatery opened in 2018 and while Toast’s Chef John Park is passionate about comfort food with a twist, he is also passionate about paying it forward.

“It is Toast’s mission to serve delicious quality dishes while also giving back to the community,” says Park.

“Our main goal is to stay local as much as possible,” says Park. “We spent a lot of time researching non-profits prior to the opening of Toast. There are so many more great organizations that we look forward to working with in the future.”

Park says he understands what it’s like to need a hand. Before moving to Orange County, Park and his wife, Christina, had a few restaurant businesses in Los Angeles.

“They were doing well but we ended up working with the wrong people, which put a huge strain on our personal finances to the point where being homeless was a real possibility,” Park recalls. “To this day, even our closest friends and family don’t know how difficult things really were for us.”

Last year, when the pandemic started, Park knew staying open would be challenging.

“Going from two-hour waits for brunch on the weekend to takeout-only was impossible with our menu,” he says.

At the time, takeout represented only 2 percent of Toast’s sales. So his team got creative with takeout offerings to try to keep the doors open. New items like burritos, bento boxes and boba ice cream popped up on their revolving menu.

“Our goal was to just break even and do whatever we could to help our employees for as long as possible,” Park says. “I think it was a great learning experience for the cooks, as well, as they got to learn so many new recipes.”

Park also took a second job as a pastry instructor at CulinaryLab in Tustin and used that extra income to help supplement the hours and wages his employees lost.

“In the past few months we’ve been able to give tens of thousands of dollars to current and former Toast employees.”

And Park didn’t let the pandemic stand in the way of his commitment to the community.

At the onset of the pandemic, Park recognized the need to help children who typically relied on school lunches and were now forced to stay home.

“I have four children and know how important and expensive it can be to provide quality meals as they grow,” he says. “So we decided to offer free and nutritious meals for children in Orange County.”

Toast offered eggs, toilet paper and paper towels for customers to take home at no cost. They also partnered with OC non-profit Delivering with Dignity to provide quality meals to at-risk residents in the community.

“Toast took part in their first delivery in Orange County and prepared 150 meals to individuals and families in need.”

Park says taking care of people isn’t a job that can be done alone.

“What we’ve been able to accomplish at Toast has been a team effort with our partners and employees buying into a vision of normalizing giving and thinking of people even before the food,” says Park, “but I think we have great food, too!” 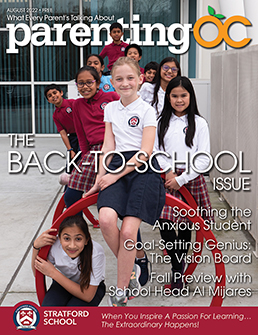