You are here: Home / Early Childhood / Montessori in Action 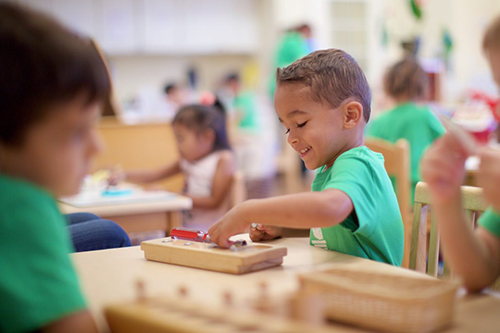 The Montessori Method has many potential benefits. Here are some real-life examples of these in action.

Most parents have undoubtedly heard of the Montessori Method — a form of education that encourages hands-on learning and collaborative play. Most have also likely heard about the benefits of Montessori.

We reached out to several Montessori schools in OC and asked for real-life examples of those benefits.

Encouraging a Passion for Learning

The enthusiasm was clear for one student at Montessori Children’s World in Westminster, which teaches students from 18 months through kindergarten. His passion led him to complete a successful four years. Now, not only has he excelled in his current school’s third-grade class, but he has also been in the GATE program each year and he will be tested again in math and language to advance to the fourth- and fifth-grade level.

“Teaching him was such a pleasure,” says Tricia Dobler, director and primary teacher. “It was exciting to see his excitement of learning in and out of the classroom. Montessori has prepared him for the person whom he was meant to be, and we will forever cherish having part in that.”

Preparing for All Walks of Life

Many students have graduated from Rancho Viejo Montessori School to pursue a variety of passions.

One student went on to Santa Margarita High School and enrolled in all honors classes. In fact, his teacher was so impressed by him that she had to know where he previously attended school. She then enrolled her two own children in Rancho Viejo Montessori, based in Rancho Santa Margarita.

“The thing that Montessori does best is to set somebody up for success,” says Debbie Warkentien, director of Rancho Viejo Montessori. “We’re not making you memorize things and write things down — it’s all about problem-solving, research and figuring it all out. We’re teaching them to be responsible grownups.”

And the best part?

Having former students and parents come back to visit, even if it is 15 years later. Teens and young adults come back regularly and speak to current students.

“Here they feel very valued,” she says. “They are an important part of our community.” 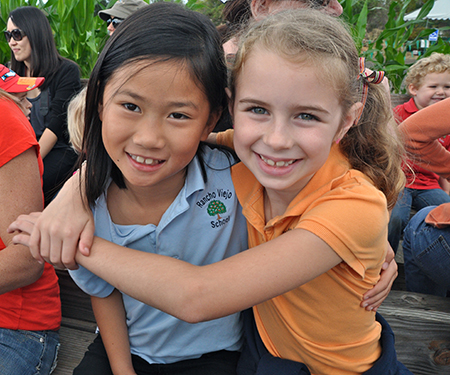 It’s not every day you hear about a high school student developing, launching and marketing his own software — with success in its first month of release. But this was the case for one graduate of Monarch Bay Montessori Academy in Dana Point. His mother made a special appearance at the school to thank Emma Johnston, director at the school, for her son’s education, as he wouldn’t have been able to develop the software without the skills he learned. Johnston loves hearing of former students’ successes.

“It was validating to hear,” she says. “It happens quite often that our former students or parents return to tell us how well they are doing. They give much credit to our school and the Montessori Method.”

What’s more, the school’s most recent sixth-grade graduates have not only transitioned well into their new schools, but they have also outperformed the eighth-graders, she says.

“Many children, even after they have moved on, still consider our school ‘their school’ and their home,” Johnston says. “We give them the foundation to build upon, and it’s rewarding to see the amazing things our students build.”

As 3-year-old Alex was putting his lunch on his plate, his sticky rice would not come out of the container. As his teacher watched, Alex put the container down, confidently walked to the table for a utensil, came back, scooped out the rice to his plate — all by himself — and ate it all up.

“When I was talking to his mom, she was so happy to hear the details because she was surprised — it was the first day he had eaten all of his food at lunch time. Must be because he was doing it himself. Yay!” says Lucia Tompkins, head of school for LePort Montessori Irvine Woodbridge.

Ana Rivas, head of school at LePort Montessori Irvine Westpark, has her own example of Montessori’s independence-building benefits.

“On countless occasions, together with their parents, we have witnessed incredible leaps of independence in the toddlers of our program,” she says. “The most memorable of all is the story of a healthy 19-month-old toddler who gained so much confidence after attending our school for only one month that she took an impressive step from crawling to walking.”

Learning at Their Own Pace

When Anthony and Laarnie Smith enrolled their daughter in Montessori Harbor-Mesa in Costa Mesa, they weren’t completely sold on the Montessori Method. However, that changed after enrolling their child, according to their testimonial. The school has been in business since 1970, and founder Giuliana De Frenza continuously receives thank-yous from parents and students for their education.

“We’ve been amazed not only at our child’s progress but also on how much she enjoys school,” the Smiths said in a written testimonial for the school. “The system, which allows the students to learn at their own pace, also means they do not fall behind the class if they get sick for a couple of days.

“The classes are small enough so that the teachers can understand exactly at what level the students are capable of and then they push so they do not get bored or slow down to make sure they completely understand a subject before they move on.”

The Smiths ended up enrolling their two other children in the school.

“Montessori is a way of life,” says De Frenza.