You are here: Home / The Pause Button / Getting Inspired in Israel to Build Real-World Relationships 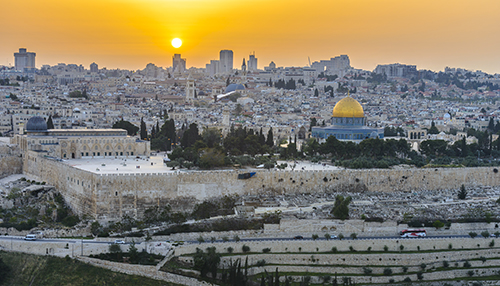 A summer trip to Israel brings inspiration for building real-world relationships as we begin the back-to-school season.

Our recent trip to Israel and Jordan was filled with landmark sites. I could show you gorgeous photos of the Ottoman-constructed Old City of Jerusalem, the astonishing building façade carved into a cliff face at Petra, our family and friends rafting down the Jordan River, mile upon mile of mountainous desert with Bedouins’ unpenned camels grazing right next to the highway.

But the part that inspired all of us most—my husband, our 21-year-old daughter and me—was the visit to a kibbutz in the Negev Desert. This wasn’t just any kibbutz. Among its 1946 co-founders were my husband’s uncle and aunt who, both in their mid-90s, still live there, along with their children and most of their grandchildren and great-grandchildren. His aunt is a Holocaust survivor who was one of the Jews saved by Oskar Schindler—depicted in the film “Schindler’s List.” His uncle was an American soldier who fell in love with the young refugee just after World War II.

During our visit, we were enveloped in family affection and acceptance, even from people I’d met only once or twice before and decades ago. It was simply part of the culture of extended family that imbues their daily lives. For the kibbutz children, being with their great-grandparents wasn’t an obligation or an uncomfortable get-together—they see and interact with them most days, at least at meals.

After dinner, in a room just outside the dining hall, young children were busy coloring with crayons and paper. In a social hall beyond that, more children were engaged in drawing and other artwork; adults played games with each other or with children. On the patio outside, people gathered with their coffee and chatted as the evening darkened.

The kibbutzim—plural for kibbutz—have evolved in recent years, especially after they were losing many young people. Once almost entirely communal, they now have more interaction with surrounding towns and businesses. Members might work solely on one of the kibbutz’s various agricultural and business ventures, or they might work outside and contribute a portion of their income to the collective. People can own their own homes on the kibbutz.

This kibbutz also has created outstanding schools, so good that nearby towns send their school-age children to them. In fact, enrollment at the high school alone is almost as high as the population of the entire kibbutz, giving kibbutz youngsters a chance to interact closely with outsiders.

But one aspect that clearly remains is a strong sense of community and shared values. There’s a relaxed feeling about the place and its people, and a pleasing simplicity to their lives. Adults go on to become business managers, teachers, therapists, you name it, and yet the harried feeling that children won’t succeed without a boatload of test tutoring and AP classes is absent. Not once during our time there, at dinner or before or after, did I see anyone pull out a smartphone. The kibbutz members of all ages engaged with each other, not with electronics, at least for a good chunk of the day.

The visit, and my own longing for a more tight-knit community, stayed at the front of my mind on the long flight home. It was just a few days later that I came across an article in The New York Times about parents who were paying coaches up to $250 an hour, for eight to 12 weeks, to teach them how to reduce the amount of time their children spent on their phones, especially on social media.

Good for those parents for caring enough to seek help. But the answers they were given were laughably simple. You certainly don’t need to spend thousands of dollars to learn them: Think about the things you did and enjoyed when you were their age, when smartphones didn’t exist. If you think about it, we are the last chance for children to learn about that way of life. If we don’t bring those things into our kids’ lives, they have very little chance of ever learning about relaxing, easy-going moments spent doing their own artwork or playing games or just hanging out in the twilight hours chatting and enjoying the moments.

Social media has its upsides—it’s fun and worthwhile to keep up with lots of friends and colleagues so quickly and easily—but few would ever call it a stress reducer. And though it can be used to form communities of a certain type, it can never replace the serene joy of a personal community that regularly visits, plays and takes care of each other. The efforts to look happy and admirable on social media do more to separate us than bring us together, and as a result, researchers have found that it can be socially isolating.

With the arrival of August, school days are about to start, which makes it a good time for us to think about what we want for our children in the coming months. To what extent do we want our children’s lives packed with classes and sports teams and screen time and how much time would we rather see them spend on relaxed activities within a community? What can you do, what can we all do, to create a little bit of that sense of greater connection that was so captivating on the kibbutz?

I haven’t figured out the answers, but I’m intent on trying to bring more of the serene happiness of community into my life and that of my family. And as you consider this, I’d like to hear about your efforts and successes to do the same. If you’re reading this online, please leave a comment below, or feel free to send me an email at karinklein100@gmail.com. 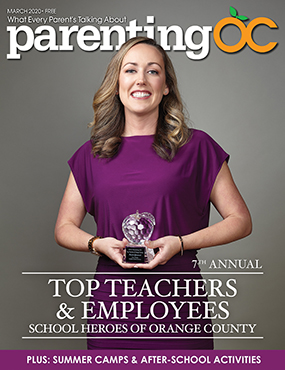