You are here: Home / Health & Wellness / Autism and Fanfiction 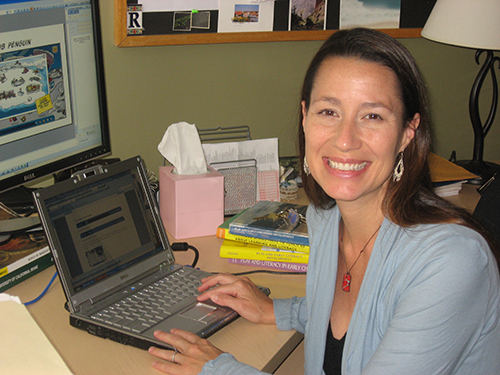 ‘Harry Potter’ fanfiction may help those with autism tell their stories.

A study led by UC Irvine researchers and published in January in the Journal of Literacy Research found that those with autism—along with family members, teachers and advocates—use “Harry Potter” fanfiction to cast autistic characters in their stories that can help challenge stereotypes.

“We expected to find that fanfiction authors with autism, or friends, family members and close advocates of autistic individuals, would write about autism in ways that challenged pervasive stereotypes about neurological difference that are often found in popular media,” said Rebecca W. Black, UCI associate professor of informatics and lead author of “Representations of Autism in Online ‘Harry Potter’ Fanfiction.” “While we found that this was often the case—and that fanfiction authors did use their stories to present nuanced representations of autistic characters—we also found that they also drew on stereotypes and included negative reactions to autism as a rhetorical device.”

Added study co-author Jonathan Alexander, who is a UCI chancellor’s professor of English, “I think that young people finding ways to express and explore issues through writing, and creative writing such as fanfiction, can help them develop capacities to think critically, build empathy and understand their world better.”

Black answered a few more of our questions about the study:

POC: What inspired this study?
Black: “I initially focused on the different kinds of learning that takes place in fan communities—which, incidentally, is a lot—but I also became very interested in the ways that fan creations can bring new perspectives and new ways of looking at things into the world. I had a high school student approach me about doing a more psychology-based study focused on fanfiction and autism. I don’t do that sort of research, but Jonathan and I were able to work with him to come up with a study that had a central focus on how fanfiction featuring neurodiverse characters might offer new ways for people to think about and understand neurological differences.”

POC: Were the results surprising?
Black: “One thing that surprised us was the number of audience members with autism who posted reviews of the stories. In online fanfiction, you post your stories and readers respond to it in the form of reviews. So, there were many instances where readers with autism would thank the authors for their realistic or sensitive portrayals of autistic characters. Or, some reviewers would challenge the stereotypical representations that were being used and present alternatives. Others would simply commiserate, saying that they saw their own experiences with autism reflected in the stories.”

POC: Why “Harry Potter”?
Black: “A key element of the HP series is that students with magical powers are recruited to attend Hogwarts School [of] Witchcraft and Wizardry, while ‘normal’ non-magical people, called Muggles, are either ignorant of or uncomfortable with magic and the Wizarding World. In the series, there is a lot of attention to what it meant for Harry growing up magical or ‘special,’ and as someone who does not quite fit in with the Muggles. Because of this, the series is appealing both as a fantasy where children may develop magical abilities as they grow up, and as a story of the difficulties of being an outcast—something many young readers likely can understand and relate to. And this trope—of trying to find acceptance in a world with non-magical and normative expectations—is one that fanfiction writers can draw from in their fanfiction stories about autism. In fact, there have been autistic writers who liken Harry Potter’s relief at being ‘diagnosed’ as a wizard to their relief at being ‘diagnosed’ with autism.”

POC: Can the results be extended to other characters?
Black: “Absolutely. One of the great things about fanfiction is that authors can create their own characters and introduce them into the story world. These are known as Original Characters or OCs. And so many different characters can be ‘read’ as autistic. Sherlock Holmes is one popular example of this, as is Hermione Granger.”

POC: On a practical level, what does this study mean for families who have a member who has autism?
Black: “There are online fan communities that focus specifically on stories with autistic characters. Writing and reading these stories can provide an alternative to mainstream representations of autism in popular fiction and media.”

POC: Considering parents are often being advised to limit their kids’ exposure to devices and screen time … should this study change that perception for kids with autism?
Black: “I think it all depends on how it is used. If technology is a constant in a young person’s life and takes the place of social interaction, then that’s not particularly helpful. But often technology is a mediator for crucial forms of social interaction in contemporary society. Young people meet up online, work together to create stories, videos and art, and socialize while they are playing games. This can be a crucial component of socialization and feelings of belonging, especially for young people who may feel less comfortable with in-person social interactions.”

POC: Is there any advice for parents you offer for incorporating fanfiction into their autistic child’s life?
Black: “As with any online space, I would recommend that parents do some exploring to find communities that seem welcoming and supportive. Also, they should familiarize themselves with the rating system for fanfiction. Many sites use a system adapted from the motion picture industry rating system to provide readers with fair warning about story content.”

POC: Any do’s and don’ts?
Black: “Ultimately, fanfiction should be a voluntary activity that is driven by a true interest in the fandom. I guess a ‘don’t’ would be to not force participation in these spaces on anyone. But, if your child isn’t interested in writing or reading fanfiction, then there are many alternatives. They instead might be interested in creating or viewing fan art or fan videos.” 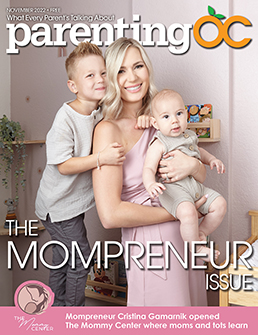