JT Reager is a doctor for the planet.

“I give a lot of lectures at high schools,” says JT Reager, research scientist for the Earth Sciences Surface Hydrology group at NASA’s Jet Propulsion Laboratory (JPL).  “I always tell people, at JPL and NASA, we’re like doctors for the planet. Just like a doctor might listen to your heart with a stethoscope, we have all these instruments up in space that are looking back down at the earth. Then everyone in earth sciences has their specialty. Some people are studying the ice sheets or the amount of phytoplankton in the ocean. My specialty is water.”

In 2018, Reager’s team launched the GRACE Follow-On mission. It continued the work of a 2002 space exploration project, which used a set of twin satellites to study Earth’s water supplies. For nearly two decades, the Gravity Recovery and Climate Experiment, dubbed GRACE, and GRACE Follow-On collected data that charts changes in gravity around the planet to calculate how much water is stored beneath Earth’s surface.

“For us, as scientists at NASA, we write papers that go into academic publications, and that’s our metrics for success. As earth scientists, we’re seeing all these changes on the planet and we’re thinking, ‘We really need to do something!’ But our hands are tied as scientists because all we do is publish these papers. Some of us try to make an effort to go out there and speak to the public or speak to kids. But that’s not our area or expertise. … So what we really need is people to inspire people’s hearts. We need artists and performers. For people to feel emotional about these things, really great writers who can translate our message and say, ‘This is why you should care about this.’ Then we’ll see more awareness.”

In March, Reager’s wish was granted. Actor/singer/environmental activist Jaden Smith interviewed him for an upcoming documentary about climate change. “Jaden wanted to do a series on the environment,” he says. “The original plan was for them to travel to Africa and India for this first episode on water.” But last year’s COVID travel restrictions disrupted everything. The producers contacted NASA instead. Reager was tapped as the resident water expert.

“I spent a whole day shooting with Jaden Smith,” he says. During the downtime, the two men talked about big things.

“We had these chats. Jaden is very self-aware. He said to me, ‘I know I’m not a scientist. … But, I have an audience. I have a voice. So, what I want to do with my life is make a message to connect with young people. That’s why I am making this show. I want to interview people like you who have the information.’ He’s literally putting in extra work to make a difference in the world.”

Smith inspired Reager’s sense that the next generation is on the right track. His daughter, Elena, a second-grader at Turtle Rock Elementary School in Irvine, also shaped his optimistic outlook.

“When I was a kid, I don’t remember my teachers talking a lot about the planet. Elena and her friends are so conscious about the ocean and polar bears and melting ice and garbage and atmospheric pollution. Teachers around the country have done a great job working climate change education into school — first-graders, second-graders already know about climate change. That’s incredible!”

For Reager, the next generation is our planet’s salvation. “When I started doing this, I thought, we need the government to start making rules about what we can do and what we can’t do. I really don’t believe that anymore because I met so many people who are Elena’s age or a little bit older, and they’re just pissed off about climate change. They really want to save the planet like Greta [Thunberg]. It gave me the sense that in 20 years, we’re going to be fine. Those people are going to get to voting age and they’re going to start becoming louder voices in our society. … Then, the perspective is really changing. That is a point of hope.”

Understanding how everything connects is something that Reager first embraced while pursuing his PhD at UC Irvine. The outlook continues to shape his work.

“The UCI program was so incredible. It’s really the only program in the world that has that approach,” he says. “The holistic view of the earth system and learning all these aspects. … Really, everything depends on everything else. The actions we make today are going to affect something over there on the other side of the planet tomorrow. It’s all connected. So thinking about it that way, it’s a great way of thinking about life in general. That all these different disciplines are connected and aspects of life are connected.” 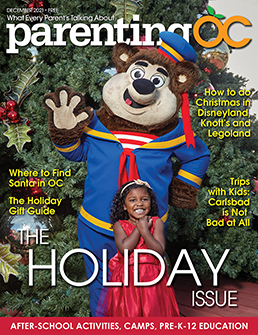 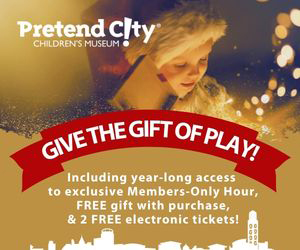