You are here: Home / Web Exclusive / Talk About Curing Autism This Holiday Season 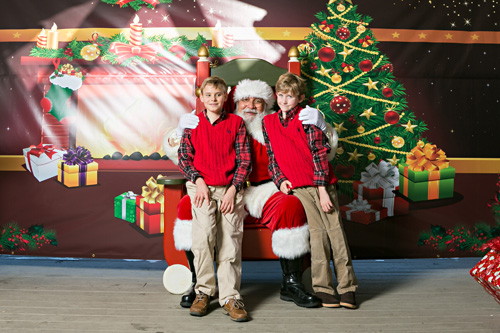 The Sensitive Santa program is ideal for those who struggle with the chaos of meeting Santa at a nearby mall.​

Launched more than 14 years ago in November 2000, the Talk About Curing Autism (TACA) organization began as a local support group for OC parents with autistic children. Founded by Lisa and Glen Ackerman, parents of an autistic son, the grassroots program had its humble beginnings in Huntington Beach, with TACA’s first meeting held in the Ackerman’s living room amongst 10 other families.

Since then, it has spread to over 45,000 families, becoming a nationwide non-profit organization focused on supporting families affected by autism. With an emphasis on early diagnosis as well as therapeutic and medical treatments, TACA aspires to treat children with autism and increase their overall quality of life. In order to reach their goals, TACA hosts events across the country to increase education and awareness on autism, as well as fundraisers aimed at furthering autism research. Their physical presence has erupted like wildfire, with individual chapters held in 23 states and a strong virtual presence throughout the rest of the nation.

Of course, Orange County is home to some of the organization’s events. Last month, they held the 8th Annual Ante Up for Autism, a luxurious fundraising event held at the Ritz Carlton in Dana Point where famous celebrities, pro-poker players and other patrons duke it out on the card table. All proceeds from the event go to furthering autism research and treatments. This year’s event featured celebrities such as Nicky Whelan, lead actress in the TV show Matador; Jim Everett, former NFL quarterback for the Los Angeles Rams; and Joseph Reitman, prolific actor and professional poker player. Each contributed glamour and star-appeal to a noble cause. 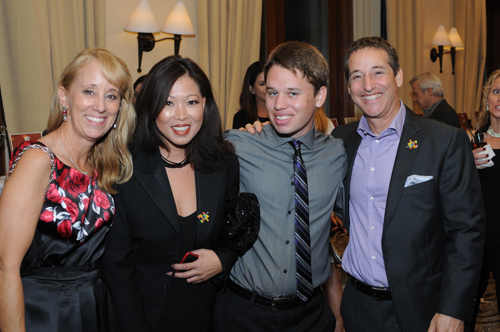 Lisa Ackerman, Michele Lau, Jeff Ackerman and Gregg Ackerman enjoy their night at the Ante Up for Autism fundraising event in November.

In addition to card games, Ante Up for Autism features an auction with items like a 7-night stay at the beachfront resort Gran Caribe Real Cancun, 14 luxury suite tickets to the Anaheim Ducks vs Carolina Hurricanes game in February and a complete home theater package with a 75″ LED TV and numerous surround sound speakers. With premier prizes like these, the fundraiser earned a substantial sum even outside of the poker table.

For the upcoming holiday season, TACA is hosting another event—Sensitive Santa in Irvine on Dec. 13. When taking children to meet Santa at the mall, families face long lines, rowdy children giddy with anticipation and the booming “HO-HO-HO” from the jolly man in red, something that can be overwhelming or frightening for those with autism.

Providing an alternative to the bright candy cane lights and loud Christmas music, Sensitive Santa caters to children with sensory-sensitivity. Instead of the loud booming voice, children will hear softer holiday greetings. The bright, piercing lights and frantic noise of Christmas music will be replaced with a smaller room that has moderate lighting and low music. Parents have the opportunity to reserve appointments rather than having to wait in long lines and trained neurologists and therapists will dress as Santa and his helpers to ensure that special needs children will be in a safe environment when they go over their Christmas wish lists.

Although the program is only in its second year, there have been positive reviews so far. However, with Sensitive Santa programs being launched in various areas throughout the country—as well as international groups such as Autism Spectrum Australia launching their own respective Sensitive Santa programs—hope for the future of programs like this and for parents who wish to introduce this holiday tradition to loved ones.

Be sure to sign up in advance as there are limited reservations available. For more information on reservations, TACA and upcoming events, you can visit their official website site at www.tacanow.org.