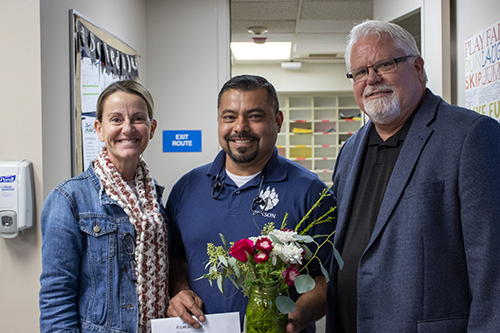 At Barbara Benson Elementary School in Tustin, with Principal Jackie Christy and Parenting OC Publisher Randall Tierney, Head Custodian Ricardo Leon (center) was surprised with flowers, along with news of his nomination.

Laurie Lawver is the Orchard Hills School librarian by day, but by night she volunteers at the countless community events held at the school, including concerts in the evenings, movie nights and scavenger hunts.

Parenting OC announced on Jan. 6 the final nominees for its seventh-annual Parenting OC Top Teachers & Top School Employees of Orange County awards. School principals all over the county submitted over 200 essays in response to the call for nominations. The Top Teacher and Top Employee will be announced at the annual Top Teachers & Employees Awards Reception at Bowers Museum on Feb. 5.

Principals were asked to submit their school’s top teacher and top employee, based on performance, passion and going above and beyond expectations. The Top 25 Teachers and Top 25 Employees of 2020 — selected by a committee including former honorees and Parenting OC editorial staff — are also being featured in the March issue of the magazine.

“Of all the projects we do at Parenting OC, this annual awards is, to me, the most rewarding. Nobody is more deserving of recognition than the dedicated, talented and hard-working teachers and employees at our schools. It’s heart-warming to witness the reactions to being selected,” says Parenting OC Publisher and Editor-in-Chief Randall Tierney.

Kim de Montmorency, a care and summer camp director at St. Paul’s Lutheran School in Orange, was chosen as the 2019 Top School Employee. She credited the children she cares for as her inspiration. “I am ever in awe and joyfully surprised by our children on a daily basis,” she says. “There is no greater joy than when a child feels empowered to make choices that directs them in positive life accomplishments.”

The Top Teacher winner of 2019, Jackie Leimkuhler of Heritage Oak Private Education, sees the award as confirmation of her sometimes out-of-box teaching style. “What this recognition means to me is that the risks I’ve taken in the classroom have paid off,” she says. Her innovative, interactive and engaging English lessons made her stand out to the committee.

Many of this year’s nomination essays described teachers and employees that continually exceeded expectations, like Kasia Givenrod, who is the adaptive physical education teacher serving over 55 students in grades kindergarten through 12th within the Brea Olinda Unified School District.

“Kasia is one of those one-of-a-kind teachers who is a true champion for not just special education students, but all students!” says Kelly Kennedy, principal at Brea Junior High School.

Alphonse Nguyen, who was nominated for Top School Employee, consistently displays heroic acts that surpass his job title of operations manager and IT PC specialist at the International School of Orange County.

“He makes a point to greet every parent and student passing through our school’s gates every morning and every afternoon, rain or shine and always shares a smile and a few words with each of them,” says Sarah Blek, marketing and admissions manager at International School of Orange County.

“Despite an incredible loss, Mrs. Grasko has shown our school community how to stay positive and support those still fighting breast cancer,” says Vanessa Halliday, vice principal of St. Angela Merici Parish School. “Her dedication to education, technology, compassion, positivity and kindness are inspiring to not just her students, but to us all.”

Sandy Gilson has served in education for 34 years. Now a fifth-grade teacher at Calvary Christian School, she and her class are organizing a walkathon on campus where all of the proceeds go to an organization that is building wells in Sudanese villages in order to provide clean drinking and bathing water.

Some nominees were picked at random to be surprised by Tierney and staff, congratulating them on their nominations.

Head custodian at Barbara Benson Elementary School, Ricardo Leon was surprised when he walked into the teacher’s lounge and found the principal and a room full of teachers waiting with flowers.

He was nominated by 2019 Library Employee of the Year Mary “Tootie” Nienow of Barbara Benson Elementary School, who says she has witnessed him consoling sad, angry and confused students on several occasions.

“Ricky goes above and beyond his daily duties as our school custodian,” Nienow says. “He is our superhero!”

At San Joaquin Elementary School, Top Teacher nominee Amanda Ashby and Top Employee nominee Anabelle Marin surprised each other with balloons and flowers. Both were shocked to find out that they would both be considered for 2020 Top Teachers & Employees of OC.

Some schools chose to hold assemblies for their top teacher nominees. Calvary Christian School Principal Leah Hess held an assembly congratulating all of the teachers that were nominated. 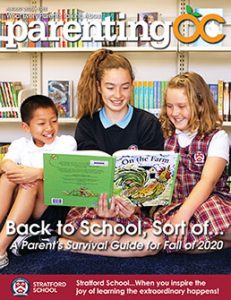 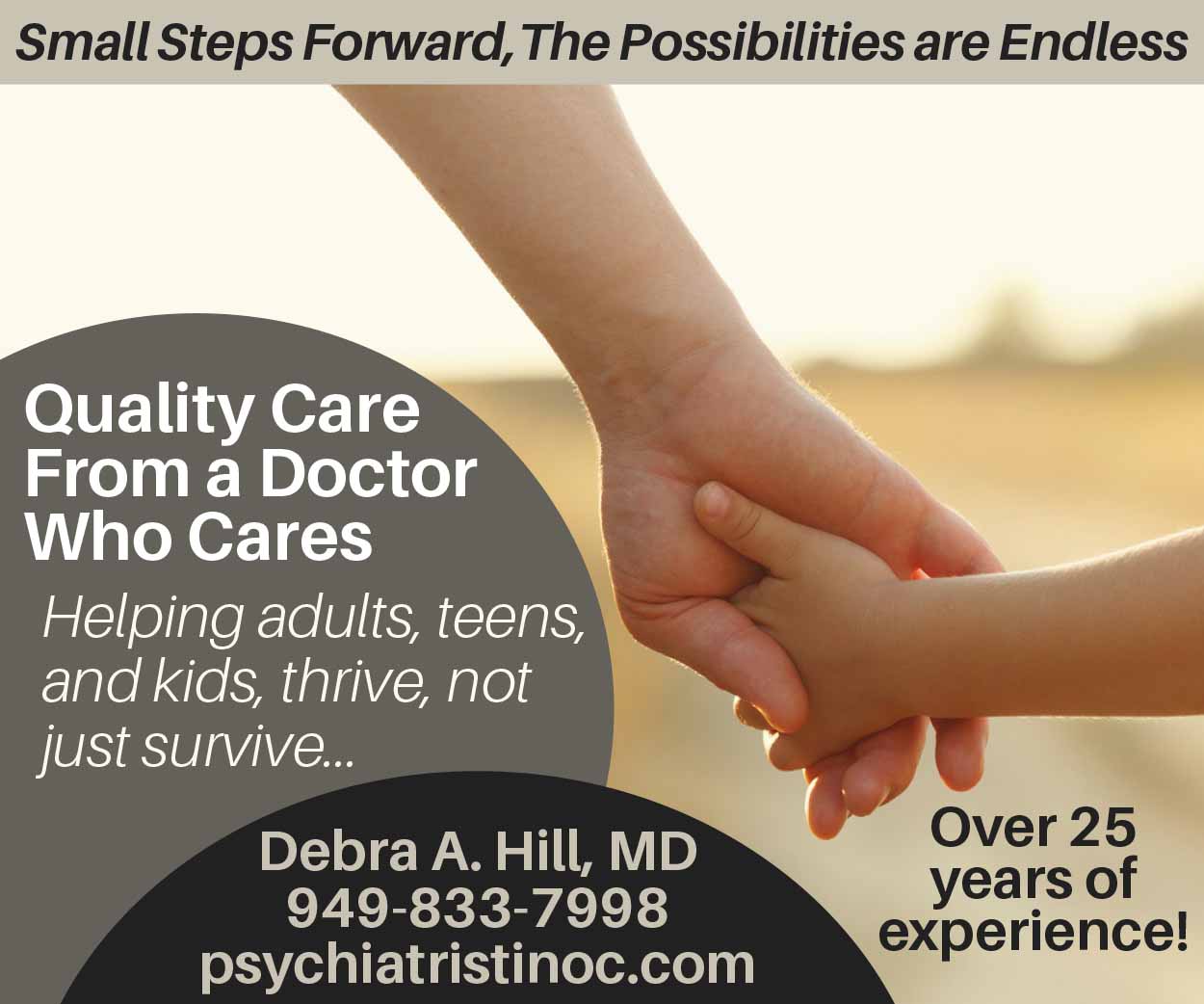 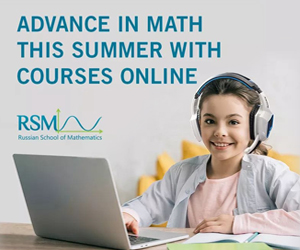