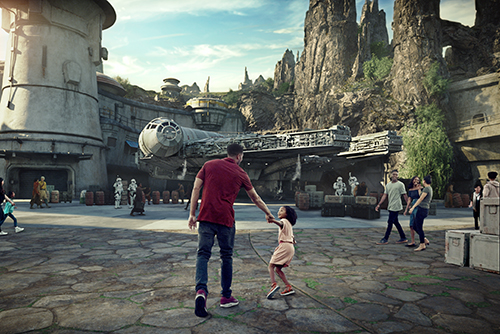 May the 31st be with you — a day that will be extra special for all of our “Star Wars” fans around Southern California as the newest addition to the Happiest Place on Earth opens its doors to the public! The much-anticipated Star Wars: Galaxy’s Edge is opening on May 31 so all of our young padawans, smugglers and clone troopers can step into the world of the Jedi. Separated into two opening stages, the newest region of Disneyland is set in the Outer Rim destination Batuu, a smuggler haven far from the prying eyes of the First Order. Guests will step into a whole new planet, filled with sights and experiences just for you. You’ll even see familiar faces from the “Star Wars” films including Rey, Finn, Poe, BB-8, Chewie and more. There will be Galaxy’s Edge merchant shops that will have a collection of items for you to peruse, galactic foods in flavors that are out of this world and so much more! Guests can even pilot the most famous ship in the galaxy aboard the Millennium Falcon: Smugglers Run attraction. Phase 1 of the area will be open at the end of this month, and Phase 2, which features “the most technologically advanced and immersive attractions ever attempted before” will be open on Aug. 29. Go online now to set up your reservation to visit Galaxy’s Edge, as all guests will have to set up a no-charge reservation time due to attendance demands. 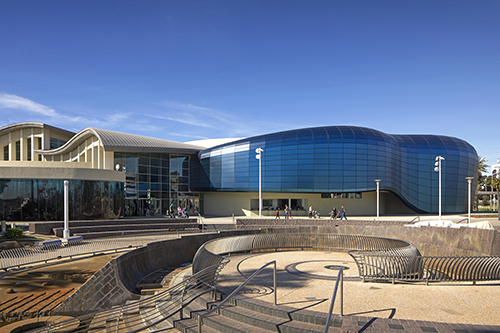 Aquarium of the Pacific: Pacific Visions

Aquarium of the Pacific’s major expansion, Pacific Visions, will open to the public on May 24, with inaugural exhibitions and programming. The new structure is 29,000 square feet in size and ecologically sustainable. It houses a state-of-the-art immersive theater, exhibition space, art gallery and several new live animal exhibits. As the new focal point of the Aquarium, Pacific Visions aims to provide a platform that integrates the arts and sciences with the wealth of knowledge that the ocean has to offer. The main features of the expansion will offer visitors innovative ways to explore their impact on planet Earth and the ocean and how to reduce it. “The Aquarium is taking a bold, unconventional path with Pacific Visions. Rather than focusing on bigger exhibits and more spectacular animals, the new wing will turn the spotlight on the one species on our planet that is changing the future for all others—humans,” said Dr. Jerry R. Schubel, Aquarium of the Pacific president and CEO. The different programs offered at Pacific Visions will tackle issues like climate change, extreme weather, sea level rise, water shortages and creating a food supply to feed our ever-growing population of the planet. Visitors will enter the building through a 2,800-square-foot art gallery, which leads to a state-of-the-art theater with a 130-foot-wide by 32-foot-tall screen that curves in a 180-degree arc. The theater also features a 30-foot-diameter floor projection disc, which will further immerse visitors in a virtual ocean environment in a space designed to host media-rich performances, panel discussions, community meetings and educational seminars.