You are here: Home / Pets in the Family / Pets in Divorces 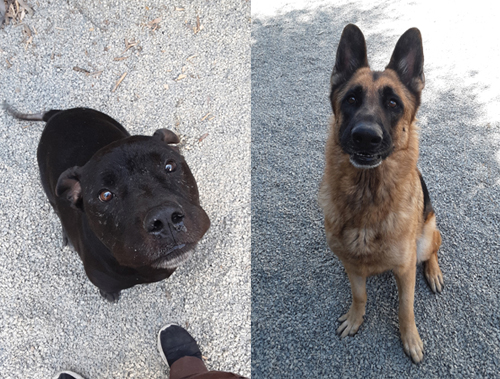 Walking through the front door of your home and finding an enthusiastic dog waiting to lavish you with affection and kisses is most likely the highlight of many a pet owner’s day.

Most pet owners can agree: Pets are family. And now, as of Jan. 1, divorce courts are legally acknowledging what we’ve all known in our hearts since laying eyes on that very first dog, cat, parrot, iguana, etc.

Assembly Bill No. 2274, approved by the governor last year, takes effect this year in divorce court proceedings. It essentially allows the judge to consider the pet’s care when determining sole or joint ownership in a divorce.

“The new California law is innovative in that it views the family pet as a family member,” said Dori Shwirtz, attorney and family mediator at Divorce Harmony, a national, virtual mediations company. “The courts will look at the best interests of the pet in much the same way they would look at the best interests of the child. The pet is no longer merely a piece of property to be divided. The court can award sole or joint custody based on their findings.”

For animal lovers, this is happy news.

“From a shelter standpoint, we get many pets turned into the shelter due to divorce,” said Cortney Dorney, director of operations for WAGS Pet Adoption in Westminster. “I believe that if pets were deemed members of the family, maybe not as many pets would be turned into shelters due to families splitting up and no one can decide who gets the family pets, because there could be joint custody. We hear quite often, ‘My husband/wife and I split up and neither one of us could decide on who got the pets, so we decided to just give them up.’ Hopefully this removes the need for that.”

From a psychological perspective, divorce represents a huge disruption in the lives of family members—and pets are included in that emotional trauma.

“We are emotional beings and as a result we form strong attachments to people, animals, place and things,” said Southern California-based Marriage and Family Therapist Katie Pfeffer, of Clinical Compass. “When a couple divorces they are dissolving a bond or attachment that had previously provided them with a sense of safety, love and security. This is a huge disruption in the lives of those involved and can cause attachment trauma, which can result in depression and anxiety. The trauma of the loss of the relationship is further exasperated by the loss of the lives and identities they had known before, which includes relationships with other family members such as in-laws, pets and material items.”

And our pets are not immune to the emotions of the household.

“Animals are sensitive creatures,” said Pfeffer. “Their ability to attune to us makes them loyal friends who can provide us with the comfort and love we can miss from other relationships. When the family dissolves they feel this trauma too, but unlike humans, they cannot understand or rationalize the changes. If their humans cannot come to a clear resolution regarding their continued care, they need someone or a system such as the courts to provide direction.”

By Jessica Peralta
Photo Courtesy of WAGS Pet Adoption in Westminster
LEFT PHOTO: Judy is an 8-year-old spayed female pit bull who is super sweet and quiet.
RIGHT PHOTO: Brandon is a 4-year-old neutered male German shepherd who is active and very smart.