You are here: Home / Education / The Advantages of Montessori Schools 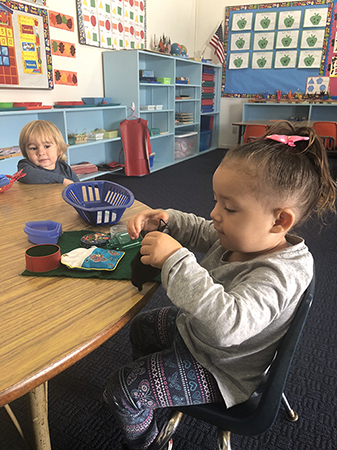 One day, Giuliana De Frenza, director at Montessori Harbor-Mesa School, received a call from the mother of a child who used to attend the school, which De Frenza opened in 1970. She explained to De Frenza that her son graduated from college and that he was one of the top students in his class.

“‘I owe it all to you and your school,’” she told De Frenza.

In fact, many parents call De Frenza, thanking her for the education their children received at her Montessori school. “I was really amazed, really,” De Frenza says.

Montessori Harbor-Mesa, based in Costa Mesa, is one of the many Montessori schools making a difference in Orange County.

At Montessori schools—established nearly 100 years ago by Italian educator Maria Montessori—kids of varying ages are engaged in different activities at the same time while a teacher observes, sometimes assisting the children. “Once they have learned how to do activities, we give them a chance to do it by themselves,” De Frenza says. 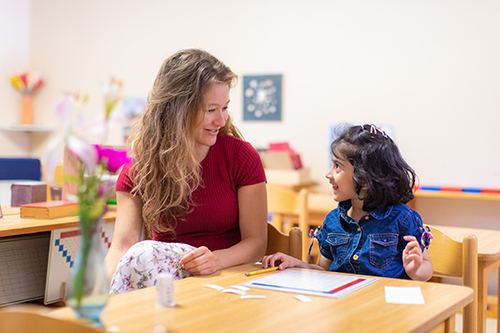 LePort Montessori, with Orange County campuses based in Irvine and Huntington Beach, is another example of said schools. “The way Montessori helps children is that it goes at their pace at their time,” says Beth Darst, head of school at LePort. And it works. According to Darst, a student showed dramatic improvement in social skills during a one-year period, for example.

“‘I don’t want to leave. I like it here. I want to go to elementary school here,’” the student told her mother, as she was about to transfer to another private school. Before coming to LePort for primary school, she was very shy and didn’t talk. Mandarin was her first language. While at LePort, however, she developed social skills to talk in front of other children. During her year in primary, she was acclimating more to her environment and becoming more independent. Now, attending the school for elementary—as she requested—she comes in every day, does well academically, and chats with those around her—social components she didn’t have before coming to LePort. “We allowed her to do that on her timeframe,” Darst says.

Emma Kato, a mother of three boys, saw the same improvement in her son, Noah, 9, a former student at LePort. Noah was shy, and his teacher helped him come out of his shell. Her son, Rio, who is now 12, is at the top of his class at his traditional school. And Sean, 4, currently goes to LePort. “They grew so much and they’re independent. And they’re confident in themselves. That’s the best part of all,” Kato says. “Each of them grew in a different way. We moved to Irvine for this school.”

Jane Gagne also attributes a lot of her son’s success to LePort. Her son, Liam, has attended LePort since he was 14 weeks old. He’s currently at the Irvine Westpark campus.

“Liam has a thoughtfulness about him that I attribute to his time at LePort,” she says. “He very much cares about other people and animals, and I believe that’s because of the Montessori environment. Montessori truly fosters a sense of independence while making each child feel loved and safe. My ‘wow’ moment, and one that happens nightly, is that he always waits for me (and/or his dad) to sit down at the dining room table before he starts eating—pretty remarkable for a 3-year-old.”

So what specific activities do students engage in that create such independence? Wendy Reinsch Fisher, VP of education at LePort, weighs in: “Students may be persevering through a difficult math exercise, writing a poem, caring for plants, baking muffins, helping a younger friend learn letter sounds or to tie her shoe, or collaborating with fellow classmates to learn the countries in Africa. The most important thing that you’ll notice is that the students are happy and focused—driven by their own interests and curiosity.” 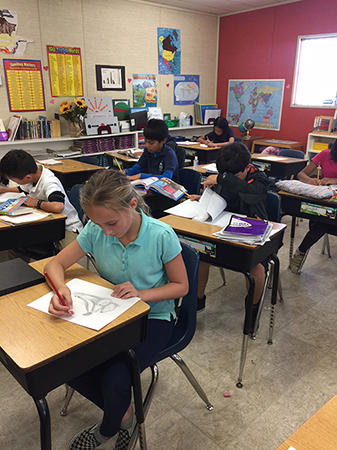 Nora Cunningham, director at Far Horizons Montessori School in Orange, also describes the process: “It’s very individualized, according to each student’s abilities and progress. The first step is to improve their self-image, let them know they can ask questions, and get help. The first thing we want them to do is experience success.” Cunningham founded the school 43 years ago.

And Far Horizons has success stories of its own.

One parent says the school encourages students to take the lead. “My youngest was interested in robotics, and the school purchased robotic kits and other tools so he could put together a tech team, which he led. It gave him great confidence.”

Her older student left Far Horizons this year to attend high school and says his greatest takeaway from his Montessori experience was learning time-management skills. Like many ninth-graders who leave Far Horizons, he’ll come back to visit to share his experiences with the younger students. This parent couldn’t be happier that she found Far Horizons and Cunningham. She knows the growth and maturity her two students gained there has set them up for success in the future.

Dr. Yasir Akmal, a former student at the school, says in a testimonial on the website, “I have many fond memories of my time at Montessori House of Children. Today, as a surgeon taking care of mainly cancer patients, I often reflect on the values that were instilled in me from an early age by my parents and teachers.”

Many children have thrived in Montessori schools, which have helped them become critical thinkers, problem-solvers, leaders and creators.

“An authentic Montessori education is grounded in evidence-based practices backed by cognitive research and developmental psychology but also honors the importance of curiosity, engagement and strong connections between teachers and learners,” Reinsch Fisher says. “The magic of Montessori education is found in this balance between science and intuition. We honor the mind and the spirit.”