You are here: Home / Family Activities / Tunes in the Parks 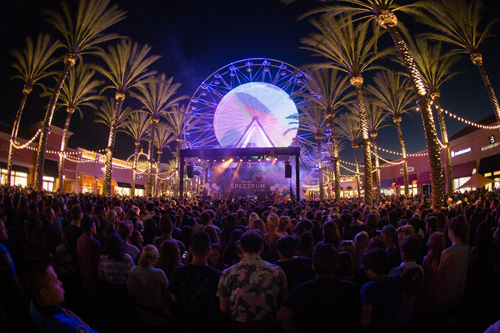 Brea’s Summer Concerts in the Park

Add a little excitement to your hump day slump at Brea’s City Hall Park, where summer concerts will be held each Wednesday. Concertgoers are encouraged to bring a blanket and a picnic and relax while groups take the outdoor gazebo stage. A different genre will be featured each week. This is a family friendly event – even dogs are welcome. Shows run from 6:30 p.m. to 8 p.m.

Costa Mesa’s Concerts in the Park

When it’s too hot to cook, abandon the kitchen and haul the family to this popular Costa Mesa park, which is hosting a series of concerts every Tuesday in July. The event features activities for kids, gourmet food trucks and a wine and beer garden for mom and dad. The event is presented by the City of Costa Mesa and Costa Mesa Community Foundation.

City of Cypress 2018 Concerts on the Green

Put some spunk in your Saturday with this series of north Orange County concerts. Attendees are encouraged to bring lawn chairs and picnics to the evening shows, though smoking and alcohol are prohibited. Arts and crafts stations will help keep the kids occupied, while light refreshments will help ensure concertgoers remain fueled for an evening of dancing.

Buena Park is housing a double-whammy of free concerts this summer. The first series begins runs from June 6 to July 18 at Boisseranc Park. Its weekly lineup includes several tribute bands, and kicks off with a Latin and R&B jazz festival. Later in the summer, a second series of concerts will be held at Buena Park Downtown. Its lineup includes pop and rock bands, as well as tributes to The Beatles, Elvis Presley and Beach Boys. Performances will be held each Wednesday from July 25 to August 29.

Soak up some sun and songs during Dana Point’s series of afternoon concerts. They’ll be held each Sunday at Sea Terrace Park, and will feature performances by two bands each week. The Dana Point Symphony kicks off the series July 15. Concertgoers are encouraged to bring their own blankets and chairs. Food and drinks, including wine and beer, will be sold on site.

There will be something for everyone at Garden Grove’s Eastgate Park, which is hosting an eclectic mix of summer concerts. The lineup includes Motown, country, rock and funk bands. There’s also a U.2. tribute band playing July 13. Concertgoers are encouraged to bring a lawn chair or blanket. Food and drinks will be available for purchase. Concerts are held Thursday nights beginning at 6:30 p.m.

Newport Beach’s Concerts on the Green

If you haven’t been lucky enough to catch Bruce Springsteen or The Eagles live, perhaps this series is the next best thing. Presented by the Newport Beach City Arts Commission, the string of monthly shows includes tribute bands and a performance by Southern California band the Tijuana Dogs. Attendees are welcome to bring their low-slung beach chairs and food. Gourmet food trucks will be on site. The Sunday shows begin at 6 p.m. and end at 7:30 p.m.

Enjoy an evening of music under the stars at the Fullerton Sports Complex, which is continuing its summer concert tradition this year. Attendees can bring their own picnic, or buy food from an on-site vendor. They’re encouraged to bring their own lawn chairs and blankets for seating. As well, the Fullerton Museum Center will have a free arts and crafts booth for kids. Children can participate in a different craft each week.

The International Surfing Museum is hosting free monthly concerts at Huntington Beach’s Pier Plaza. Though the lineup hadn’t been announced by press time, genres will include surf and rock bands. Vendors will be on site to sell merchandise. Proceeds from event sponsors will go toward concert expenses and museum programs. Concerts run from 11 a.m. to 5 p.m.

End the weekend on a good – and musical – note at Rancho Santa Margarita’s Central Park. The city is hosting a series of Sunday night concerts this summer, and invites visitors to take in the sunset while enjoying a different genre each week. Concertgoers can bring their own picnic, grab a bite at a local restaurant before the show, or buy food from an on-site vendor. Shows run from 6 p.m. to 8 p.m.

Orange’s Concerts in the Park

Wednesday night concerts at Hart Park’s bandshell promise to be fun for the whole family. The series starts off with a tribute to everyone’s favorite decade – the 1980s – on June 20. Other acts include a Carlos Santana tribute band and a cover band for The Beatles. Concertgoers can bring their own blankets and chairs. They can bring their own picnics too, though food will be available for purchase.

It’s considered a staple of summertime in Fountain Valley – and for good reason. Residents – and out-of-towners – can rock out to live music at the city’s Recreation Center and Sports Park each Thursday in July. The free, family-friendly concerts begin at 6 p.m.

Keep an ear out for news of a spectacular summer concert at the Irvine Spectrum.Though details are still being hammered out, the event is expected to mark the end of summer with a special back-to-school celebration.

There will be jugglers, clowns, face painters and children’s rides at this downtown San Clemente festival. Live music will play throughout the day while attendees peruse arts and crafts booths, visit on-site expos, and participate in a salsa showdown. The event, which runs from 9 a.m. to 7 p.m., is sponsored by the San Clemente Chamber of Commerce.