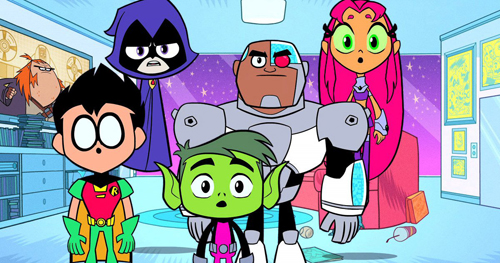 A parental guide to film watching as a family.

Teen Titans Go! To the Movies

Plot Wanting to star in their own super hero movie the Teen Titan crew vies for the attention of casting directors hoping for their chance on the big screen on their trip to Hollywood. Unfortunately for them, their attention-grabbing ploy is sidelined by some villains bent on taking over the world.

Parenting Points This movie comes with plenty of fantasy violence. In addition, the teenaged characters don’t shy away using “shut up” and “I hate you,” along with a heavy dose of potty humor.

Plot A trio of dogs goes undercover with officers at a dog show in order to fetch a missing baby panda from a ring of animal smugglers.

Parenting Points Albeit the dogs talk and engage in funny bodily functions, toddlers may not be as engaged and entertained. The adult humor will make parents and teenagers chuckle but be warned, the PG rating is for crude humor and suggestive language. 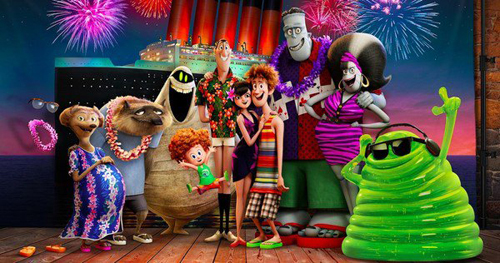 Plot The monster family sets out for a sea friendly family vacation away from the hotel, and aboard a cruise ship. Mavis intercedes on a love affair between her dad and the ship’s captain, Erica, hoping to foil her dangerous plot that may have destroyed them all.

Parenting Points In spite of the main character being monsters and animated beasts and brutes, this brood is harmless. Parents will enjoy the way that the family connects and looks after each other.

Plot Hans Solo and his co-pilot Chewbacca board the Millelium Falcon, escape encounters with a dark underworld, and meet Lando Calrissian years before his joining the rebellion.

Parenting Points In true Star Wars form, the action and space-y violence will keep the bigger kids entertained while the younger crowd may want to stick with animated flicks. The notable 2 hours and 23-minute length may have those less acquainted to Star Wars characters hankering for the ending.

Plot The likable Pooh Bear and Christopher Robin come together once again, unexpectedly. Pressed to make a tough decision, Christopher Robin encounters his favorite furry friend, Winnie the Pooh who brings some fun into his life and helps to soften the blows that adult life throws.

Parenting Points While parents will love this storyline layered with good decision making and doing what’s right, this film is void of animation and fast moving parts which typically engage those with limited attention spans. Keep this film in mind for play dates with kids in upper elementary grades and middle schoolers.

plot: The Underminer, arrives on the scene in this sequel to the original Incredibles movie. Although this movie picks up where the first left off, Mr. Incredible (Bob Parr) must stay home now to care for Jack-Jack while Elastigirl (Helen Parr) spends her day saving the world.

Parenting Points You can expect the same live action animated violence which will be palatable for most kids. Baby Jack-Jack’s uncontrollable and misshapen super powers will keep little ones giggling and bigger kids amused. Dad stepping in to support mom’s career is an impressive talking point.

Plot Threatened with extinction again, raptor trainer Owen, and former park manager Claire, rush to the island to save the dinosaurs from an impending volcano only to find out that the threat is worse than they thought.

Parenting Points More suited for teens, this movie will follow in the same footsteps as the first two movies with scenes of peril coupled with some romance and strong language. Don’t let the cute dinosaurs fool you. This movie may be too frightening for younger audiences.