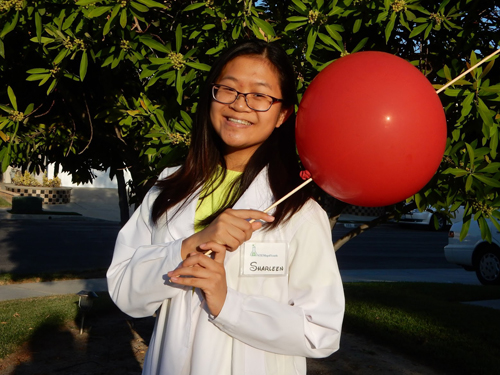 For the past five years, Sharleen Loh has worked tirelessly to make a remarkable impact on the Science, Technology, Engineering and Math (STEM) education for thousands of economically disadvantaged students throughout Southern California. Through her award-winning non-profit organization STEMup4Youth, Loh and her team of 140 high school volunteers, has created and developed over 100 hands-on activities for low-income children to learn and engage in the modern world of science and technology. Oh, and did we mention she’s only 17 years old?

Motivated by her strong passion for science, Loh was barely a seventh grader when she created the first-ever STEM night at her former elementary school, Tynes Elementary School in Placentia. Upon receiving approval from the school principal and PTA, Loh spent nine months researching, developing activities, fundraising, creating flyers and securing locations and settings for the big day. More than 700 people attended the event, and Loh said she received positive feedback from parents and kids, who did not know what was STEM was prior to the event.

“This amazing outcome was beyond my expectations. It made me burst with pride to see the positive influences of my tenacity—the experience was so amazing! I discovered that with creativity, commitment, passion, and a pure heart to help others, I can make a difference in others’ lives. I also realized that doing the things that make me happiest can also make others happy. It was one of the most amazing and rewarding experiences of my middle school life,” said Loh, a Placentia native who currently attends Troy High School in Fullerton.

In 2014, Loh initiated the first STEM program at a local Boys and Girls Club in which she provided biweekly programs for underprivileged children after school. As her classes grew, she recruited a team of volunteers from local high schools (she calls them “STEMbers”) and launched the STEMup4Youth organization – with a logo, t-shirts, website and social media accounts that promote the organization’s mission. Recently awarded a Barron Prize, which honors young heroes, Loh has partnered with more than 40 other organizations and has raised more than $60,000 to fund her project for years ahead.

“I’m thankful to have had the opportunity to travel around America, visiting various hands-on science museums and fairs as a child. The fun, interactive exhibitions from those trips not only opened my eyes and inspired my passion for STEM—they made me realize the privileges I have and not to take them for granted,” said Loh.

“I have attended schools where underprivileged children are the majority. It breaks my heart to see these children, my peers, with very little resources, at risk of being left behind. They are the most underrepresented in the STEM fields. I believe these children’s lack of participation in STEM is due to their lack of resources and exposure to the wonderful world of STEM. With the kids in mind, plus the announcement of a national shortage of a large enough skilled STEM workforce for the next few decades, I decided to do something and make a change.”

Loh says she has personally developed over 100 hands-on activities using simple household materials that are inexpensive and easy to obtain. One of her favorite activities is “Elephant’s Toothpaste,” a classic chemistry demonstration she learned when she was a freshman.

“It’s such a simple yet impactful demonstration—the decomposition of hydrogen peroxide to create a huge soap foam explosion. I knew the demonstration would be a hit with the kids STEMup4Youth serves, and ran home to modify it into an activity for the kids as soon as school let out that day.”

Other hit projects are playing with slime – which Loh said teaches the kids the basics of polymer chemistry – and “Newspaper Construction,” a flexible engineering activity which allows the kids to get creative and create structures out of rolled-up newspapers. To learn more about STEMPup4Youth, visit stemup4youth.org. 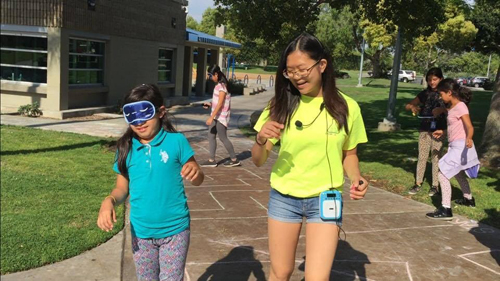 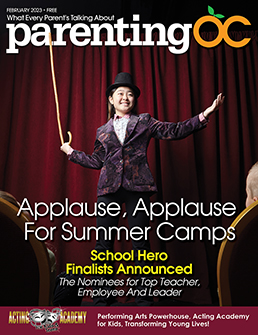