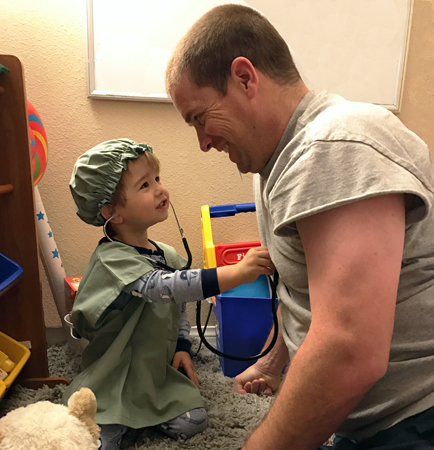 Getting set for school isn’t all about pencils and backpacks, especially for our youngest learners. In fact, the best way to prepare for preschool is through play.

Patti Clark participates in the most incredible adventures with her three-year-old niece. Together, they build and tour zoos, camp out, and perform ballets. It’s all imaginary, of course, but that doesn’t make the experiences any less valuable in the eyes of Clark.

“Imaginative play is one of the best ways to develop so many skills,” says Clark, vice president of product development at Lakeshore Learning. “It builds social skills, social emotional development, language skills and empathy. It builds cognitive skills, believe it or not, as they role play.”

All of those skills come in handy when it’s time for a child to start preschool, says Clark. After all, she says, preschool readiness doesn’t have to be a bore. Parents can help give children the skills and confidence they need to begin school with a little imagination, and the right tools. For building gross and fine motor skills, she suggests play dough, oversized crayons, and chunky puzzles. Lakeshore sells a number of educational toys, too, such as a color discovery box, and a button size-sorting box. Clark, a former teacher, says building blocks are also a great standby.

“Playing with blocks is such an amazing activity,” she says. “Children can learn to sort, stack, build and learn problem solving. There are just so many things that can happen with blocks. I think blocks and providing things for imaginative play are huge.”

While parents busy themselves with preschool preparation, they can also watch out for signs that a child isn’t quite ready to make that leap, says Clark. If they aren’t comfortable playing independently, have severe separation anxiety, or can’t yet verbally express themselves, Clark says children might struggle with school.

“If they’re not able to say what’s wrong or what they need, sending them to preschool might be really challenging for them,” she says. “It could be a bad emotional experience for them. If they’re frustrated and can’t express themselves, it’s going to be a bad situation and the teacher is going to have a hard time figuring out what it is they need.”

Parents whose children show signs of preschool un-readiness can take measures to help bolster their chances of preschool success. Children with language delays, for example, might visit a speech therapist. Meanwhile, toddlers struggling with separation anxiety can participate in exercises that can help them become more independent.

Parents can call on friends or grandparents to step in and watch their children for short, five-minute spurts, while parents sneak into another room. Each time, mom or dad can extend their absence by five or ten minutes, until their child becomes comfortable without their presence.

“Eventually, when you drop them off at preschool, it could be a three- or four-hour block of time – sometimes even longer,” says Clark. “Parent want to slowly build up to that amount of time so the child will feel comfortable without having a parent to go to.” 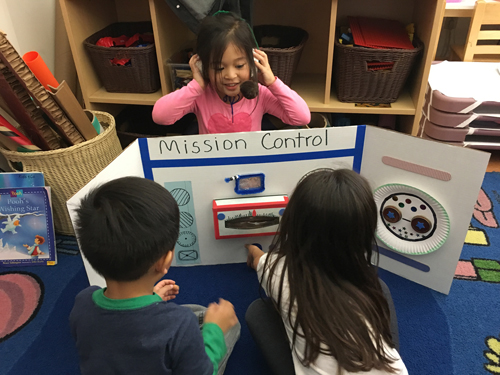 Preparing a child for preschool doesn’t have to be a solitary battle – in fact, taking the opposite approach is considered more beneficial. Giselle Baumet, who owns and manages Granola Babies Birth and Parenting, says participating in playgroups can yield tremendous benefits.

“Many of our parents have shared that their preschool child acclimated well to preschool, because the child was familiar with being around other children during the week,” says Baumet. “These can be the local mommy-and-me groups, but it can also be hiking groups for parents of toddlers, regularly scheduled park days where your child gets used to playing with the children that go regularly, or church playgroup or homeschooling groups, which often times have special groups for toddlers.

“A child used to a routine and socializing with other children will have a greater chance at transitioning well into preschool.”

When not participating in playgroups, Baumet encourages parents to engage with their children through reading, storytelling and finger play or movement songs. Preschoolers aren’t the only ones in want of support — it turns out their parents could use a little help, too. Baumet hosts classes that helps moms and dads work through the turbulent toddler years.

“Parents of preschool children also need their own support in learning to parent through the fun and sometimes challenging ages of toddlers and preschoolers,” she explains. “It’s one of the reasons why we offer positive parenting classes for parents of children ages one-to-five.” 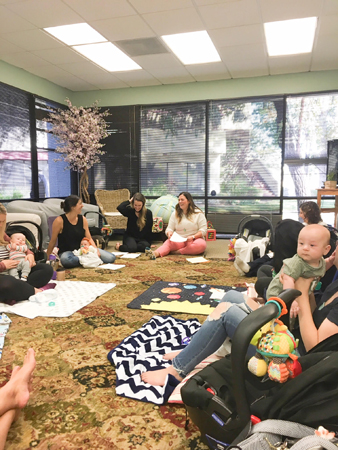 Preschool is often viewed as an opportunity to help children prepare for kindergarten. After all, it’s a place of tremendous growth, where little ones absorb information with sponge-like curiosity. Kids master their colors and shapes, learn about phonics, and begin writing simple words. The might also learn basic math, and improve fine motor skills.

But the academic advantage preschool gives kids shouldn’t be a parent’s main motivation for enrolling his or her child in school, says Irvine mother-of-four Maya Jauregui. She says parents should look beyond the academic benefits when making the decision. Instead, she says, parents should focus on the emotional and social benefits a preschool can offer.

“Preschool is teaching children how to deal with their emotions,” she says. “I feel like children should be focusing on that side of things. It just sets them up tremendously for the actual school environment.”

Jauregui, whose two-and-a-half year old twins are currently students at a Costa Mesa preschool, says preschool can help children understand structure and discipline, too. When preparing a child to enter preschool, she says parents should help them develop an appreciation for structure. After all, preschoolers are often shuffled from one activity to the next, with can become frustrated when it’s time to end an activity.

“And then the kids are not enjoying themselves,” she says. “If they can learn to grasp the concept of moving from one activity to another, they’ll enjoy themselves a lot more.”

She’s helped her children learn about schedules by writing down a daily activity log, and helping them establish daily routines. Once preschoolers develop a sense of structure, and develop social and emotional skills, their potential can be limitless, says Jauregui.

“The development and growth at that age is huge.”

Jennifer Brady, a Dove Canyon mother of two, says she’s seen the long-term benefits of preschool firsthand. She saw significant progress in her oldest son, six-year-old Bronson, after enrolling him in preschool as a toddler. Though he’s now in Grade 1, Brady says she’s his preschool education is continuing to pay off.

“We just had his parent-teacher conference and the teacher said he was reading at a second grade level,” she says. “I feel like a lot of that has to do with preschool, Kumon and a lot of the things we did with him when we were younger.”

“I really want a place where I feel like he’s not being babysat. I want a preschool that’s going to work with him on potty training, help him with activities and crafts, and help him learn and develop,” she says. “It’s really important to me that he develops and grows.”