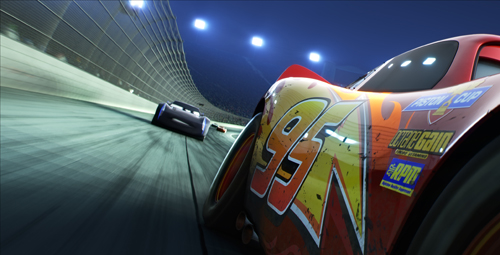 It may seem odd to feature films during the month of Screen Free Week, but the act of going to the movies and passing around a hot bucket of popcorn as a family can be a bonding experience that extends past the closing credits. Use the parenting points below to spark bigger conversations with your kids during that post-film trip to the ice cream store or over dinner.

Plot A family road trip to great grandma’s house turn sideways after unexpected speedbumps. This latest rendition takes on a pet pig, and a GPS redirection by Greg and Roderick. The brothers secretly attend a video game convention unbeknownst to their parents.

Parenting Points Typical bad luck shenanigans are rampant and there is a fair share of poop, barf, and all things dealing with a baby, pet pig, and dad who get put in predicaments. Mixed message are possible, if you nix crude language at home. Although the parents are portrayed as dumb, the arguments over how screen time repels relationships ultimately has value.

Pirates of the Caribbean-Dead Men Tell No Tales

Plot Captain Salazar, who has recently escaped from the Devil’s Triangle, hates Jack Sparrow. Sparrow hopes to derail Salazar’s plans to destroy every pirate at sea. Sparrow must find and take into his possession the Trident of Poseidon in order to gain back control.

Parenting Points The violence and morbid characters will be scary to younger audiences. However, the action and violence will keep the older kids engaged and motivated to sit through this 2 ½ hour movie.

Plot George and Harold play, on their principal, a prank like no other. George hypnotizes the principal into thinking that he is an improbable super hero named Captain Underpants. Juvenile antics result in situations which no clear thinking man would submit.

Parenting Points The principal vehemently dislikes the main characters. After he is hypnotized, he is kind to Harold and George. Kids will be able to discern that relationships with people in authority work well when kindness is a priority. Parents will need to see past the adolescent humor and a big guy on a screen in his underwear in order to appreciate the message.

Parenting Points Lightning Mc Queen’s perseverance and determination to win in spite of the odds makes for great talking points with kids of all ages. McQueen is involved in a serious accident which may upset younger children, and the rude jokes by Mater are still in abundance. However, the character’s personalities and friendships will be enjoyed by all.

Plot Gru and his recently discovered twin brother Dru team up for one last villianesque heist. Their goal is to steal back a diamond from Balthazar Bratt, a has-been 80’s star, who wants to take over the world.

Parenting Points The captivating story of a man who adopts 3 girls and falls in love with his role as a father continues to enchant audiences. Parents will love the adult humor as well as the value of a loving and supporting family weaved throughout the storyline. Those Minions are hard to hate too.

Plot After his exciting adventure with the Avengers, Peter returns to the home he shares with his Aunt May and finds himself under the scrutiny of his mentor Tony Stark. As Peter tries to settle into his normal routine at home, he is plagued with the desire to prove himself to be more that what others claim him to be. Peter is now facing a new villain named Vulture and everything that he loves and lives for will be challenged.

Parenting Points The movie jumps right into action keeping pre-teens emotionally invested from scene one. The audience is introduced to a new villain, Vulture, who although twice his age, keeps young Spider Man alert and the action popping. The humor and fun may sound like a good reason to bring the younger children along, however, save this one for the middle schoolers due to perilous action and fighting between characters.

Plot This movie takes the audience inside a secret world called ‘Textopolis,” and on a journey with Gene and Hi-5 in order to help Gene find a filter for his multiple expressions. After hopping through other smart phone apps, they discover that all emojis are destined for deletion and seek to save their fate.

Parenting Points Although this movie imitates the cute characters you find lodged in your phone that appeal to your toddler and preschooler, the fact that there is some rude humor looped in and through this movie it is best suited for upper elementary kids and tweens. Gene wants desperately to fit in with the other mono-expression emoji characters and, in order to do this, he feels that he must change who he is. Many children may identify with Gene’s struggle.

Plot When the mayor of Oakton decides to bulldoze Liberty Park where Surly Squirrel and his misfit friends live, the animals retaliate in force. These animals refuse to let a dangerous amusement park replace their living quarters and fight against the destruction of their homes.

Parenting Points There is plenty of “you can do it” and don’t give up” to go around which is inspiring for all ages. The “don’t let the big mean bad guys win” is a running theme in this movie. Parents and kids won’t be able to stop cheering for the characters as they fight for the protection of their natural environment and against the profiteers who want to build an amusement park. The potpourri of adventure and comedy will keep all ages engrossed.

Plot With hopes and dreams greater than simply existing in the orphanage in which they live, Elle and her best friend Victor leave the orphanage on a whim, and Victor’s irrational ideas. Elle’s dream of becoming a dancer in Paris and Victor’s of becoming a famous inventor come into a clearer view after bounding over challenging hurdles and setbacks. Perseverance and determination propel Elle as she leaps her way to the top of the ballerina heap.

Parenting Points In spite of the predictable story line the animation and lighthearted music will keep the audience entertained. Whimsical characters are likable and encouraging and parents will enjoy the premise of persevering and working hard in order to accomplished your greatest dreams.