You are here: Home / Community / Taylor Makes a Wish 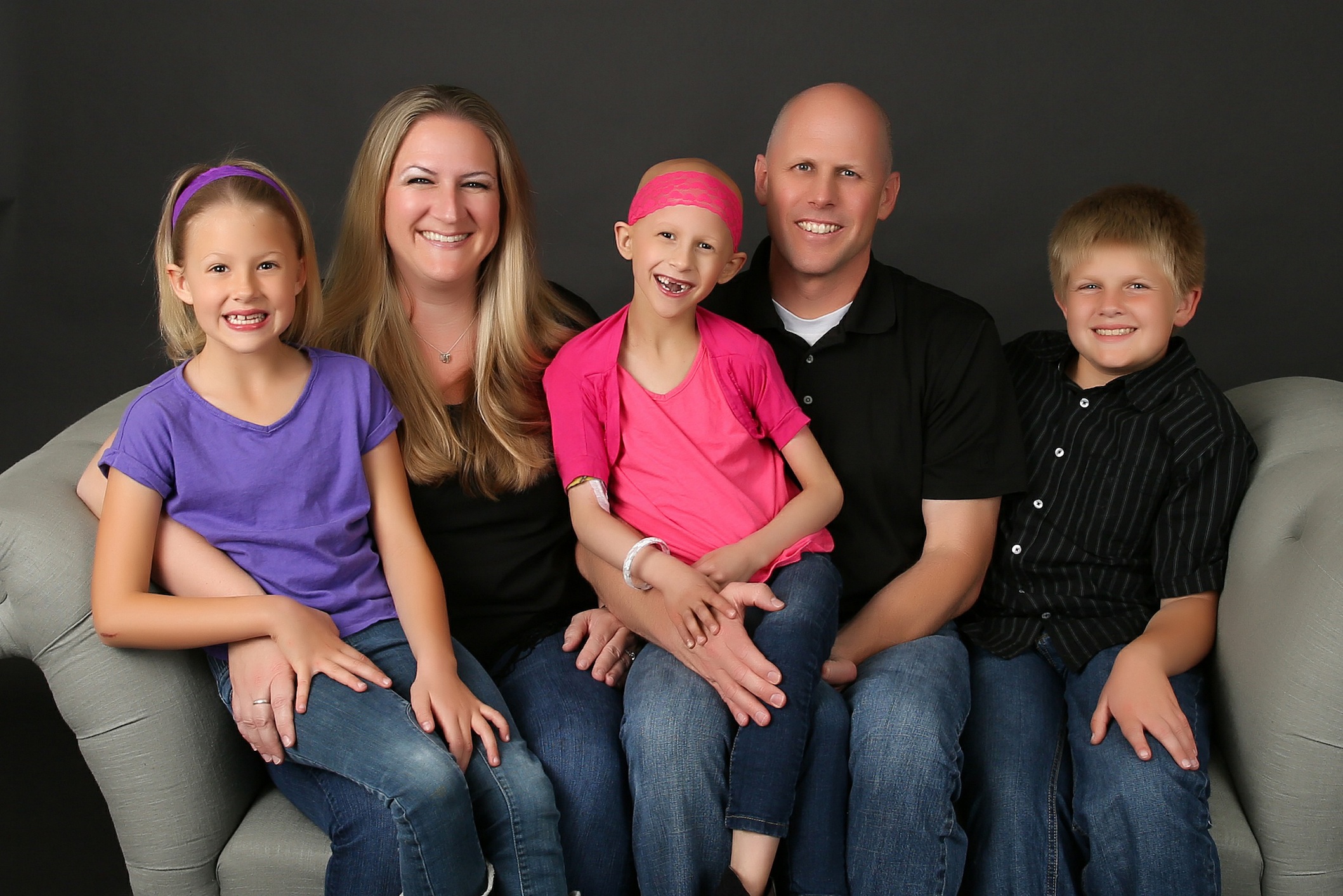 As one young girl bravely faces her fight with cancer, a whole community joined Make-A-Wish to make her day.

When Taylor walks in a room, people can’t help but be drawn to her impish grin and the unmistakable sparkle in her eye. The fact that this brave little girl chose for her Make-A-Wish experience to “become a singer and get the celebrity experience” suddenly seems like not such a stretch. We might not have heard her sing a single note, but Taylor is a star.

Taylor’s mom, Lisa, remembers the fateful Monday night last June. Her husband, Geoffrey, who had taken on the role of stay-at-home dad after their return to Lisa’s hometown of Lake Forest, brought the six-year-old to her, baring her shoulder.

“Have you seen anything like this before? I noticed it a few weeks ago and thought it was just a bump from playing. But it seems like it is getting bigger, not going away.”

Lisa’s heart dropped at the sight of the strange bump. It looked like a ping-pong ball bumping out of her daughter’s shoulder. “Does it hurt?” No. “Is it hard?” No.

“I just knew,” she said. “Somewhere I probably read online or in a magazine, I knew those weren’t the answers you wanted to hear.”

At the emergency room, the staff took a cursory look and referred her to a physician the following day. One day of testing led to the next. Unfamiliar medical terms peppered every conversation. Schedules went haywire as Taylor, her twin sister Violet and big brother Landon were juggled around MRIs, X-rays, bloodtests. When the word “oncologist” popped up, Lisa and her husband just kept putting one foot in front of the other. Then came the phone call. Lisa had been very close with the health management team, so that comfort level and communication allowed them to give her the news over the phone, rather than put her through a wait until the following day that would involve a further shakeup of the family’s life. Taylor needed to have surgery. Immediately.

Lisa still vividly remembers shouldering the responsibility of breaking the news to her husband. She dropped the kids with family and sat waiting on his return. In their bedroom, she faced him trying to keep her voice steady. “Taylor has cancer.”

“It was the ﬁrst time I had ever seen my husband cry. We were standing in the bedroom and he just sank to his knees. I had to tell him his little girl had cancer. We spent a long time on the ﬂoor, holding each other and letting the sobs and fear wash over us.”

And then they moved forward, as a family. Geoffrey became stay-at-home…and-at-hospital dad. His two frustrating years of looking for replacement fulltime work while Lisa pulled down breadwinner duty, suddenly became a blessing as he was free to transport Taylor to the endless doctor visits and nursing her back to health at home after her grueling week-on-week-off chemo treatments. Lisa struggled to stay focused at work while her heart and mind were with her one sick little girl and two other children working through their own stress and upset over the situation.

And incredibly unfair decisions fell on the parents’ shoulders, treatment judgment calls that would affect Taylor in the future. Should they opt for a surgery that could compromise her ability to fully move her arm and shoulder, or radiation, that while effective could stop her up-per arm and shoulder from growing to full size. They opted for surgery, only to ﬁnd out during the painful recovery that the margins were not clear enough to be considered safe. So Taylor entered eight weeks of radiation, bearing the unfortunate side effects of both options.

Taylor has been ﬁghting Ewing sarcoma, an aggressive type of cancer that causes tumors to form in both bone and soft tissue. Lisa lives with the worry of the nature of the ugly disease always in the back of her mind. Taylor, on the other hand, is all spirit.

“This changed her. It changed her personality, maybe for the better. Taylor used to be the ultimate pleaser. She was almost shy, introverted. Through this ﬁght, Taylor has found her voice. She’s so conﬁ dent. She is truly my hero.”

Nurses and hospital staff urged the family to connect with Make-A-Wish Orange County and the Inland Empire. Lisa and Geoffrey were reluctant, not wanting to ask for help or look for what felt could be pity. It was almost an sense of embarrassment to ask for something.

“Then I just had to look at the bigger picture, outside of myself and feelings about how I would be perceived. This was for Taylor. And if she could have an amazing experience out of connecting with the group, how could I deny her that. After everything she had gone through, who could say no to her earning a bit of happiness?”

When it came time to choose a Wish, the choice was instant. “If Taylor is happy, Taylor is singing. She doesn’t even realize it, it is just part of her,” said Lisa.

That’s when the Make-A-Wish team took over.

“These kids constantly amaze me,” said Stephanie McCormick, CEO of Make-A-Wish Orange County and the Inland Empire. “It is humbling, how brave and strong and positive they are. It is in-credible to be involved in an organization that makes great things happen for such deserving families. And we hear time and again, from doctors and medical staff, what a true boost the kids get after experiencing their Wish. They become more compliant patients, it improves their outlook and gives them a positive thing both to look forward to and to look back on. In fact, 70% of our Make-A-Wish kids do go on to live long healthy lives.”

When we at Parenting OC heard about Taylor’s Wish, it happened to coincide with our discovering KOST FM’s Ellen K’s new partnership with Thrive Causemetics. We had been toying with the idea of treating a young mom facing cancer with a meaningful makeover for Mother’s Day, but it seemed like fate to learn of a little girl who wanted to sing and get the celebrity treatment…during the same day as learning of a major radio personality and warmly generous person like Ellen K wanting to ﬁnd someone to help. We started making connections, and as the greater OC community rallied around Taylor in assisting Make-A-Wish in their worthy work, her Wish grew as big as her somewhat toothless grin. 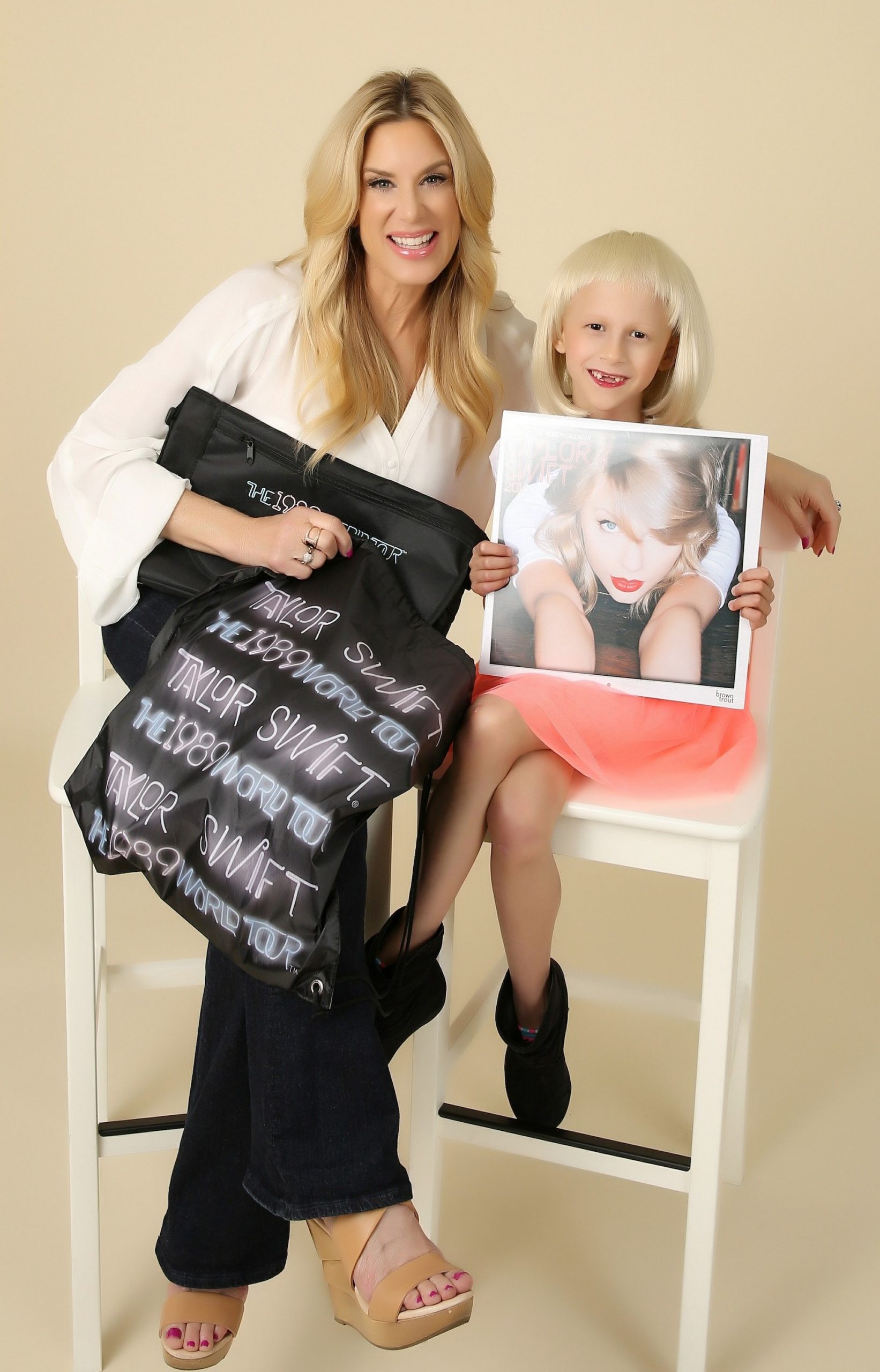 Taylor is inspired by Taylor Swift (“Shake it Off” being one of her favorite songs which she added to her album), so when we chat-ted about glamming up celebrity-style, Little Taylor mentioned the famous singer’s new ‘do. She thought it would be fun to try on the blond bob, ala the T Swift Grammy’s style, despite preferring her own barely there peach fuzz natural look in general.

“I actually really like not having hair. It’s so much easier to get ready and you can never get your hair pulled. Tangles hurt and hair gets sweaty when it’s hot,” she informed us during the photo shoot, with a slight sense of sorry for us having to deal with our long locks.

Giselle, owner of Compassionate Creations in Newport, took my call while on vacation. She wanted so badly to make a proper human hair custom creation, but these things are very complicated and there simply was not time to have it completed before the al-bum release party and magazine cover shoot. To create a natural hair wig would take four-to-six weeks. So she sacriﬁced her time off while away and spent it visiting multiple wig shops at her destination, shot of Taylor Swift’s latest bob clutched in her hand. She then purchased and gifted the synthetic wig to the cause. First bringing it back to her hotel room and hand-sewing seams and tucks in order to ﬁ t our little model’s tiny head, before shipping it to Ana Brandt’s Photography Studio.

Ana Brandt, who is our talented cover photographer, adjusted her busy schedule around when Taylor would be out of the hospital and feeling up for the rigors of a shoot. Ana had to ensure she would be in the country (she travels to Rome, Sydney and other far-flung locales to teach photography workshops), so her team shifted a few things around to not only accommodate the shoot for the cover, but to extend it by several hours in order to capture the behind the scenes action for our use and that of the other organizations involved. Upon hearing that the family had no recent photographs together, she insisted on booking even more extra time at the end to make sure they had some beautiful personal shots to treasure of when Taylor was feeling her best. Another member of Ana’s team videoed the experience for Taylor to have to enjoy.

Make-A-Wish had already done the legwork on securing a re-cording studio, OC Hit Factory, to go have her album of five favorite songs produced. They had also presented Taylor with gift cards to pick out her wardrobe for the cover shoot and party. When the initial location for Taylor’s big album release party fell through, a quick call to dad and restaurateur Clay Peterson yielded an incredible venue for such an event, The Boathouse Collective in Costa Mesa (a favorite of top musicians traveling through from San Diego north). We met Clay, his wife and his kids (who were wiping down tables and greeting guests at 8 and 11 years) when reviewing the eatery for one of our first Foodie Jr. columns. The restaurant is usually closed on Sundays, but there was no hesitation on Clay’s part in opening it up, nor from his staff on coming in on their day off.

Karissa, the founder of Thrive Causemetics, not only flew in from Seattle to personally handle Taylor’s “look” for the cover shoot, but is flying back down so she can glam her up for her album release party. Taylor listened intently as Karissa taught her the ropes of achieving a natural look for down the road when she was old enough to choose to wear makeup. She then went a step further and wanted to make Taylor the youngest “inspiring woman” to have a shade named after her, appropriately the fun pop of color for lips. Proceeds benefit charity, so each tube of “Taylor” sold will help others going through a tough time.

KOST FM’s Ellen K entertained Taylor with funny stories of celebs’ antics and broke the ice by reviving an old “crocodile chomp” game she played with her son when he was Taylor’s age. They quickly formed a genuine and visible bond that was nicely captured on the cover and other candid shots of the afternoon. One of the best moments of the day was when Ellen K dropped to Taylor’s level, holding her hands, and informed her that not only would they be seeing each other again, but that she was inviting Taylor to be a guest on her KOST FM radio program (in the 7:00a.m. and 8:00a.m. hour, Friday April 8th). Little Taylor’s mouth dropped even farther when Ellen K let her know that she would be playing one of her songs from her album on the radio.

While all these connections culminated in a memorable moment for both Taylor and her family, and we all felt very indebted to Make-A-Wish Orange County and the Inland Empire in their willingness to let us share in what they do as an everyday mission, what might have been most meaningful was not the glitz and glam of photoshoots and parties and T Swift radio swag, but the sense of unity and support enveloping the family by their OC community. 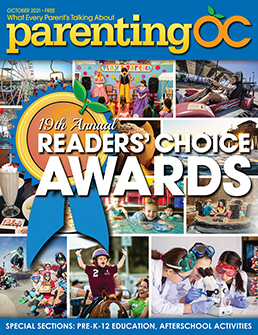 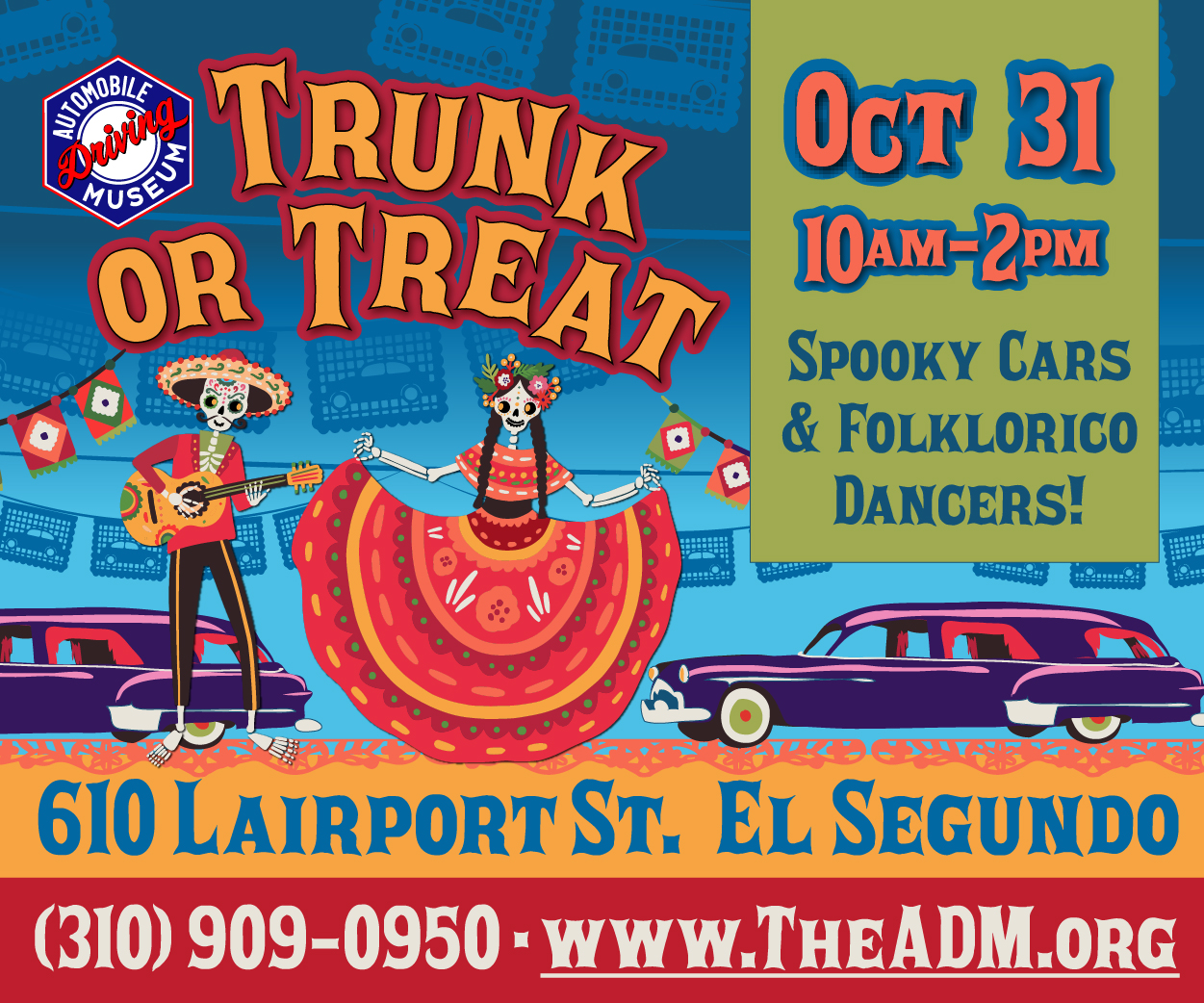 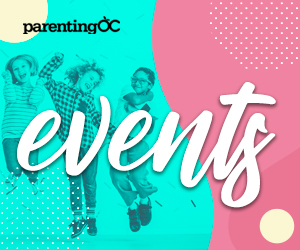