You are here: Home / Special Needs / Arts and Autism 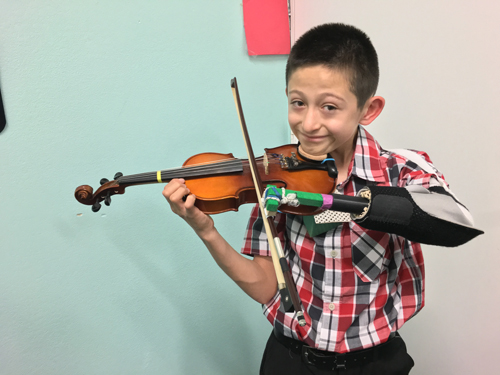 A Spectrum of Possibilities

The world of the arts might not at first glance seem like a natural fit for those on the spectrum. Teaching art to children with autism spectrum disorders (ASD) can be a challenge, given that ASD’s typically impair social and communication skills, behavior regulation, and coordination and motor function. But many parents have found programs mired in expression and creativity can guide their kids’ broader outlook and help with social interaction in a fun and engaging way.

Brianna Shaffer offers Let’s Play Music group classes, private music therapy, and piano and guitar lessons at her studio in Mission Viejo. The group classes are comprised of children on the autism spectrum as well as non-disordered children. Currently, seven children with ASP are enrolled in the Let’s Play Music classes. The students have fun while learning music theory, composition, and how to play instruments.

Orange County Children’s Therapeutic Arts Center in Santa Ana offers several arts classes for children on the spectrum, including visual arts classes for ages six and up and ten and up. Visual Arts: Painting and Drawing is held on Saturdays in nine-week sessions four times a year. The classes are unstructured; children draw and paint a variety of projects.

CF Dance Academy in Fullerton has run Everybody Dance Now for three years. Six-week sessions are offered four or five times per year. The classes are for all children needing special help, whether they have autism, Down’s syndrome, a physical disability, or any other characteristics that may hinder them. Everyone taking classes at the academy performs together in the studio twice a year. The children also perform at events in downtown Fullerton for up to 900 people at a time.

Dr. Caroline Paltin runs the Spectrum Therapeutic Theatre in Orange for children and teens with Asperger’s Syndrome and high functioning autism. The next session will begin in June. Students play improv games, learn stage combat, design sets and costumes, and rehearse a show for their parents. Depending on the students’ interests, the show may have skits, comedy routines, songs, and/or a short play.

Let’s Play Music’s Brianna Shaffer, a board-certified music therapist with neurological music therapy training, is mindful of the special needs of her students. She says she pays extra attention to keeping the children focused and following directions. She adds, “The music itself is motivating and fun.”

Dr. Paltin, who teaches the Spectrum Therapeutic Theatre class, is a licensed psychologist with a background in theater and music training. Paltin keeps her theater classes small so she can cater to the needs and desires of each individual student. “With only four to six kids in each class, the group isn’t overwhelming,” she says. Paltin also uses “shadows,” class helpers who model optimal behavior and may move in to help if a student becomes anxious.

The visual arts class at the Orange County Children’s Therapeutic Arts Center also is small, with six to eight children. It’s staffed by a teacher and volunteers who assist the students in their fine art endeavors.

CF Dance Academy instructor Leanna Forcucci-Herron has been teaching dance for 25 years and has her BA in Child Development and Family Studies. She works with Inclusion Facilitator Robin Hogerhuis, who has an MS in Special Education, an MA in Applied Behavior Analysis, and prior experience as a special education teacher. Hogerhuis is the mother of two children with special needs, both of whom have taken classes at CF Dance Academy.

Forcucci-Herron adjusts her teaching style for children with ASD. To help them focus, she uses their names often and tries to make eye contact. She finds it useful to physically move the children while verbalizing the dance position. For instance, to teach an autistic child to perform a kick, she may say the child’s name, lift the child’s leg to a kicking position, and say, “Kick.” 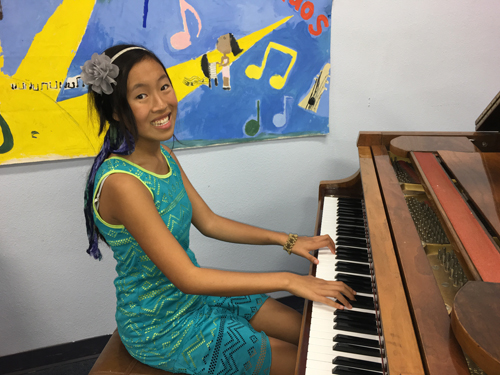 Dr. Paltin says her students have a lot of fun in her Spectrum Therapeutic Theatre class and learn a great deal more than performance skills. Being in a group teaches the students social skills. Performing helps the students learn to make eye contact and how to regulate their voices. Stage combat teaches students how to stop themselves from hurting people and how to read others’ body language.

Paltin’s son, who has Asperger’s Syndrome, participated in the Spectrum Therapeutic Theatre class and benefitted greatly from it. A recent graduate of the Orange County School of the Arts, he is currently a college student who helps Paltin’s students. Paltin fondly remembers a student who loved the band One Direction. She indulged his passion by having the class rehearse and perform One Direction’s song “What Makes You Beautiful.” The student loved teaching his classmates the song, sharing his passion with them and feeling connected to the group.

Brianna Shaffer started teaching a boy music therapy when he was just 2 ½. At that time, he was mostly nonverbal. He started verbalizing more and more with her. She has been teaching him for three years. He is currently in a group class and no longer needs speech therapy or music therapy.

Robin Hogerhuis’s son Ian, who is 11 and has severe autism and mild cerebral palsy, has always loved to watch plays and other performances. He used to try to run onstage, wanting to be with the performers. Ian inspired his mother to start the program for special needs children at CF Dance Academy. Hogerhuis says, “Ian is so happy now to be a part of the performance rather than just watching others perform.”

Hogerhuis states that performing arts programs can improve many skills affected by autism, such as language, gross motor, and social skills. Ian has learned how to follow instructions, improved his gross motor imitation skills, and has become much more confident. The children in Ian’s class are friends. And Ian and his peer buddy, who have been together for three years, have formed a genuine friendship. All the peer buddies treat Ian as if he is one of them.

Dance instructor Forcucci-Herron notes that she’s had five students who started in the special needs class but are now “mainstreamed” into the general classes.

ASD arts classes help people besides children with ASD. When the Everybody Dance Now students perform at Autism Speaks events, they inspire everyone in the audience, autistic or not. Performing cool dance moves make autistic children seem cool, or at least not different than other people. And parents of autistic children are encouraged by what the performers can do. Hogerhuis says, “The whole community sees the possibilities for autistic kids.”

Dr. Paltin notes a similar reaction at the Spectrum Theatre performances. “Parents love seeing their children be a part of something in which they’re accepted, not just tolerated.”

The teachers are inspired by the ASD children too. Let’s Play Music teacher Brianna Shaffer enthuses, “I love what I do.” 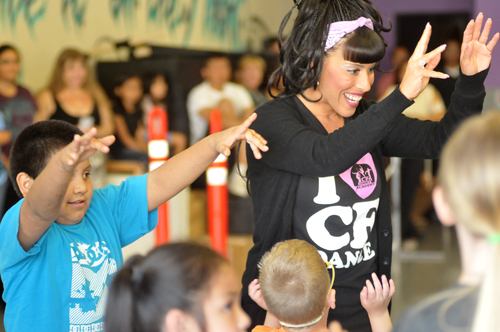 Organize Your Own Program

CF Dance Academy teacher Forcucci-Herron says she’d be happy to help other organizations start their own arts classes for special needs children. She credits the nonprofit group Fullerton Cares for Autism for helping Hogerhuis and her obtain grants and other funding.
Hogerhuis believes that most people really want to do good in the world. If they’re made aware of a need, they will often respond to it. She recommends reaching out to business owners and others in the community. “Ask around for parent volunteers.” She also says that many schools require volunteer service hours, so students can be a good source for peer buddies and other types of volunteers. 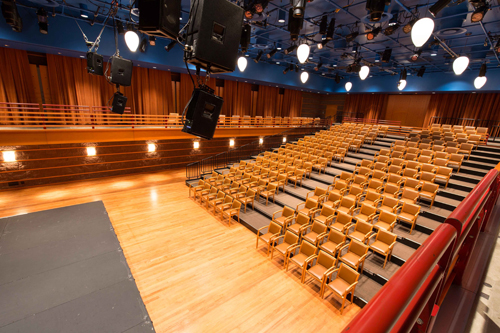 All children should be able to enjoy, and become inspired, by the arts. To help children with ASD and other disorders who are bothered by loud noises and bright lights, Costa Mesa’s Segerstrom Center for the Arts launched a Sensory Friendly Performance Series last year. Four performances of family friendly plays were made sensory friendly. “Pre-visit Guides” let children know what to expect from the show. Loud or startling sounds and overwhelming stage lighting were eliminated. Low lighting made the seating section visible in case patrons needed to move around or leave. Performers, ushers, and everyone at Segerstrom acted with sensitivity to the children’s needs.

Children with ASD felt comfortable at the shows. And because the changes were subtle, non-disabled children enjoyed the performances too. Sensory friendly programming seems ideal for very young children, who often have trouble sitting still and may be scared of loud noises. Parents said they were grateful that the Segerstrom staff and the other audience members were accepting of ASD difficulties. There was no need to worry about potential disturbances from their children.

The Segerstrom staff hopes to make their sensory friendly shows even better next season. They want to add another play to the roster of sensory friendly performances, and may put on a show for adults with sensory sensitivity.

Other venues have followed suit. The Chance Theater in Anaheim also started sensory friendly performances last year, which it calls “relaxed performances.” ChanceTheater.com Several AMC theaters in Orange County have sensory-friendly movie showings. According to the AMC website, “We turn the lights up, and turn the sound down, so you can get up, dance, walk, shout or sing!”