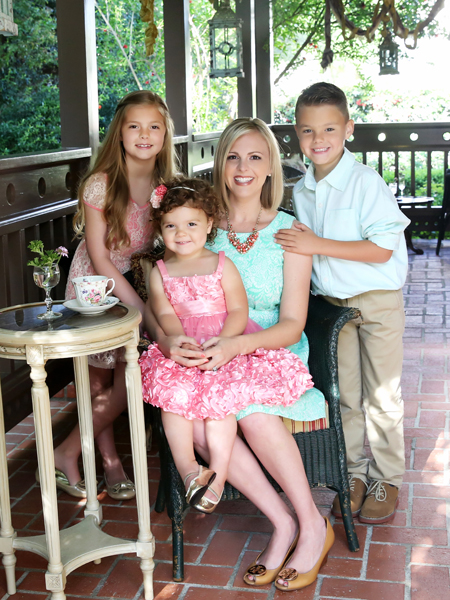 Imagine greeting your newborn baby for the first time, and in the same breath, saying your goodbyes. Kristyn von Rotz, co-founder and board of directors of OC Walk to Remember, endured such a heartbreaking moment when she gave birth to her first child, Joseph, on July 8, 2004. “I found out I was pregnant for the first time when we had been married six months. I had always dreamed of becoming a mother and I couldn’t have been more excited. We were looking forward to our big ultrasound appointment to find out the sex of our baby. I was hoping for a boy,” von Rotz explained. At first, the ultrasound technician was unable to find the baby’s sex, but after some searching, von Rotz was told that she was having a boy. “Looking back, I should have realized something was wrong, but as a first-time mom, I had no idea how it was supposed to go. I left the doctor’s office being happier than I had ever been in my life. We went out to dinner to celebrate, but when we got home, there was an urgent message from our doctor’s office telling us we had to go to the hospital the next day,” von Rotz said. At her appointment the following day, the nurse put the ultrasound wand to von Rotz’s belly and started to cry. “The doctor came in and told us Joseph had alobar holoprosencephaly, a fatal condition where his brain was essentially missing.” Kristyn carried Joseph to term knowing full well that her child would die in the same room he was brought into this life. With no support groups, information or resources available, Kristyn and her husband, Mark, were left to fend for themselves in coping with the loss of their first child.

Less than one year after Joseph’s passing, Mark and Kristyn welcomed their second child, Leah Grace, now 8 years old; followed by her brother, Evan Joseph, 7 years old; and their youngest, Sara Faith, 2 years old—who was born after Kristyn suffered an early miscarriage. “There are still days where the grief is so overwhelming. When Leah was 2 years old, she became very ill and was hospitalized. At one point, a doctor told us she was going to die,” von Rotz stated. “The trauma of that experience and Joseph’s death led to me suffer from PTSD. Thankfully it’s now under control, but it has been a very difficult road. I speak out about my experience so that other women will not have to suffer in silence like I did for so many years.”

This summer marks the 10th anniversary of Joseph’s passing, along with the 10th anniversary of the OC Walk to Remember. “Shortly after Joseph died, I decided I either needed to give up on life or move forward. The only way I knew to move forward was by doing something in Joseph’s memory,” von Rotz explained. OC Walk to Remember—an event that entails the Memorial Service, 5K Walk and Celebration of Angels—was created to provide support for local families who suffered from the loss of a baby. With a mere 100 participants in its first year, the annual walk now attracts over 3,500 attendees and families—and continues to grow.

“I had people tell me I would be OK; I would have another child; I would move on. What I wish someone would have told me is to just survive minute by minute. I couldn’t even think about surviving day to day. I often tell other moms that your heart won’t heal, but it will fill with joy again,” von Rotz said. “In the 10 years since I have lost Joseph, there has been much progress in the way families who lose a baby are treated by medical professionals. I will never fully understand why Joseph had to die, but I am so proud that my tiny baby has made such a difference in this world.” 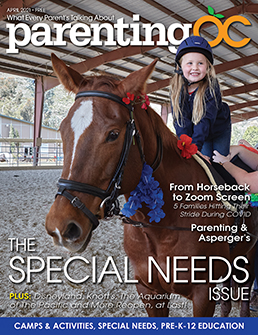